Excerpt from David and Bat Sheva by Yair Davidiy

The following account is based on the Hebrew text in the light of linguistic niceties, Oral Traditions, and numerous related studies.
The findings are NOT absolutely certain. Neither do we make such claims. They are however  in our opinion quite probable and taken together point in a certain direction that does have something to it.
Whether you agree or not the studies in question are worthwhile since they open up to us the possibilities hidden behind the Hebrew Bible text.
Here are some of the conclusions we reached along with a few additional considerations.
David had a premonition that he was liable to make a mistake in sexual matters.
Contrary to his usual practice of only having sex at night he called several of his concubines and had sex with them.
He hoped thus to be satiated and so less susceptible to temptation. On this occasion it had just the opposite effect (Talmud, Sanhedrin 107;a).
After that he went to sleep awaking just before evening  (2-Samuel 11:2). It was the practice in the household of the King (as well as among other circles) to maintain a regime of strict ritual purity (1-Samuel 20: 26). Even before he became king David and his followers kept this code (1-Samuel 21:5). Purification involved (after sex) immersion in a ritual pool of water called a mikvah. This was NOT the Law but it was a known practice. There were mikvaoth on the roof of the palace. The roof was an enclosed space rather like an elevated courtyard. David (like another monarch, Nebuchadnessar, Daniel 4:29 ) was in the habit of strolling around the roof and enjoying the relative privacy it imparted.  He came across a young girl who was also using one of the mikvaoth on the roof  (2-Samuel 11:2, 4). He himself may have felt the need to do the same and that was how they ran into each other.  The female he encountered may have been only 7 years old (Talmud Sanhedrin 69b). She was purifying herself after having just finished her first menstruation cycle upon reaching puberty.
In those days females would reach puberty at the age of 7 or 8 and bear children at about that age (Talmud Sanhedrin 69b). Even today this sometimes occurs though the Sages say it is usually very dangerous to bear children before the age of 12 and a half (Talmud Sanhedrin 69b). The tradition handed down by Moses declares a girl to be an adult at 12 and at 13 for a boy. These ages correspond approximately to when puberty should commence under normal circumstances. Today puberty usually begins earlier whereas in the past there were times and locations where it was much later. These ages of 12 and 13 still mark the time when a person is held responsible for their deeds. Nevertheless males only went to war between the ages of 20 and 60 and only those ages were included in census results.
Anyway due to the unusual circumstances of the era in the time of David it was quite frequent for girls to give birth at a very early age.
Even only a few hundred years ago there were areas in the Middle East and Asia where this phenomenon still existed.
It appears the girls would reach puberty at about 7 or 8 and then appear like one of our precocious 13 years olds. After that however they would not grow any further E1. They (especially the females) were small in stature and in build. Most of the females from the ages of 7 through to 60 ALL may have looked like our 13 precocious year olds. Bat Sheva was no different. Physically she was no different from all other available women. Psychologically as far as the male was concerned there may not have been that much difference, unlike today.

[We must be aware of judging situations from the past according to preset social mores. Usually in our time a normal man is not interested in very young girls.
There are several reasons:
There is a moral problem since the girls are not mature enough.
Socially and legally it is forbidden or at least frowned upon.
Physically the young girls are more fragile and less physically developed than older women. The difference is felt.
If these considerations did not apply but rather worked in the opposite direction than the situation would be different.
We must be aware of judging people in past ages by our own standards.
The situation was different in Biblical Times. People were different and they adapted accordingly.]

A while afterwards Solomon himself married Abishag (Song of Songs 6:9, 8:9).
Solomon later wrote the Song of Songs. This is a metaphorical account of the relationship between God and the People of Israel.
It is based on a real-life description of the love that existed between Solomon and Abishag. Solomon at the time he became king was only 12 years old. Children were precocious in that time. 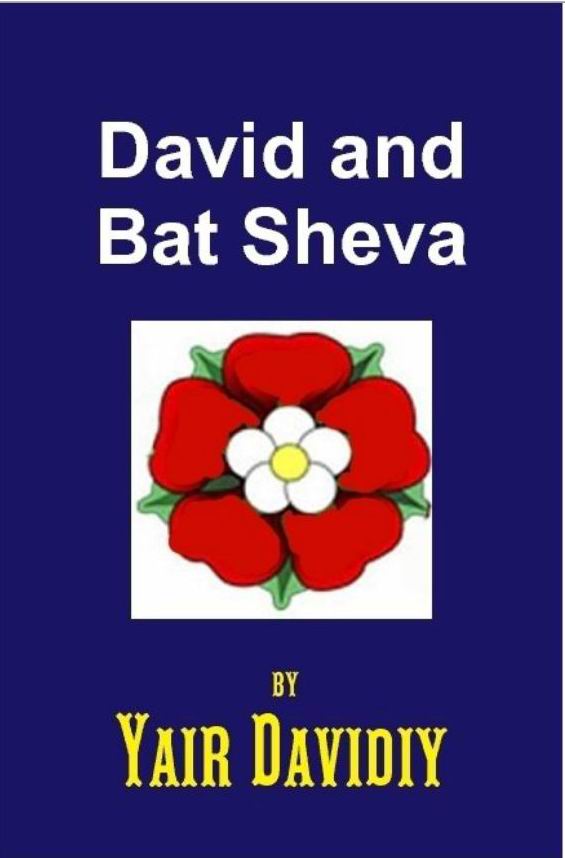 End Note:
E1  Changes in Height Over History
In the Bronze Age  and later men were often taller and more robust than they are today. Skeletons of the Early Canaanites often show a tall people.
cf.
Amos (KJV) 2:
9 Yet destroyed I the Amorite before them, whose height was like the height of the cedars, and he was strong as the oaks; yet I destroyed his fruit from above, and his roots from beneath.

Nevertheless there were times when people were smaller.
The Israelites may also have been much shorter than they are today for much of their history.
Causes for low height are often attributed to nutrition but sociological factors as well as the practice of giving birth at an early age may also have been causes.
Rational explanations often concentrate on the effects concerning individuals but group influence is also important.
It is as if a subconscious consensus among the group decides that for the time being certain changes will take place and so they are.

At all events much had been written on the subject and most authorities seem to concentrate on nutrition as a cause for change in height.
See the extracts below:

The Height Gap. Why Europeans are getting taller and taller-and Americans aren't.
By Burkhard Bilger
# If you were to stretch a string from the head of the earliest soldier in that row to the head of the most recent recruit, you might expect it to trace an ascending line. Humans are an ever-improving species, the old evolution charts tell us; each generation is smarter, sleeker, and taller than the last. Yet in Northern Europe over the past twelve hundred years human stature has followed a U-shaped curve: from a high around 800 A.D., to a low sometime in the seventeenth century, and back up again. Charlemagne was well over six feet; the soldiers who stormed the Bastille a millennium later averaged five feet and weighed a hundred pounds. "They didn't look like Errol Flynn and Alan Hale," the economist Robert Fogel told me. "They looked like thirteen-year-old girls."

# A decade and a half later, after civil war had erupted and up to a million Guatemalans had fled to the United States, Bogin took another series of measurements. This time, his subjects were Mayan refugees, between six and twelve years old, in Florida and Los Angeles. "Lo and behold, they were much taller than the Maya in Guatemala," Bogin says. By 2000, the American Maya were four inches taller than Guatemalan Maya of the same age, and about as tall as Guatemalan Ladinos. "As far as I know, it's the biggest increase of its kind ever measured," Bogin says. "It shows that they weren't genetically small. They weren't pygmies. They were suffering."