The Edomite Origins of the Ancient Roman Empire

The Ancient Romans were a mixture of peoples who constantly added newcomers to their mix.
Nevertheless, a determinative element in their admixture originated from the Ancient Edomites.
The Edomites were descendants of Esau twin-brother of Jacob otherwise known as “Israel” (Genesis 32:28, 35:10). 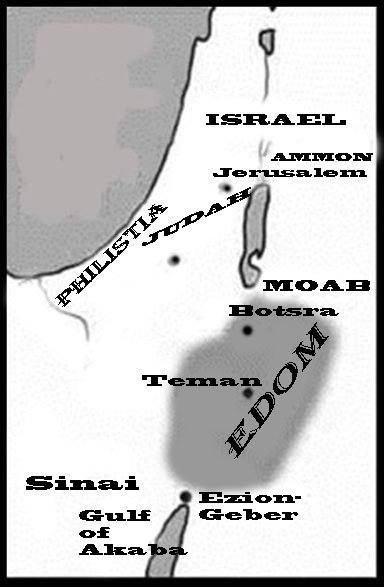 The Spartans of Greece were also descended from Edom and part of the Edomite input to Rome came via Sparta. 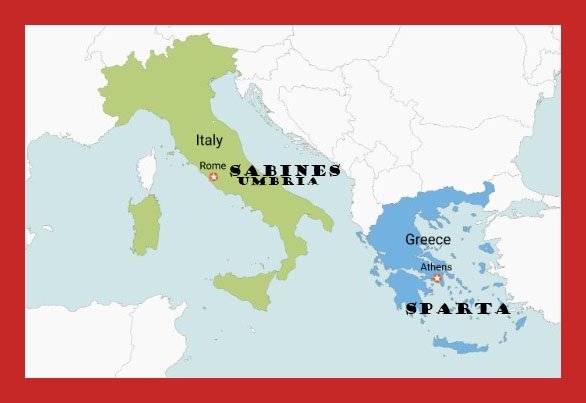 Jonathan the Hasmonean ruler and High Priest of Judah sent the following missive to the rulers of Sparta in ca. 145 BCE:

1-Macabees 12:
6 Jonathan the High Priest, the national council of leaders, the priests, and the rest of the people of Judea, to our brothers in Sparta, greetings. 7 At an earlier time, your King Arius sent a letter to our High Priest Onias, stating that our two nations are related, as the attached copy shows. ….
19 The following is a copy of the earlier letter:
20 King Arius of Sparta to Onias the High Priest, greetings. 21 We have found a document about the Spartans and the Jews indicating that we are related and that both of our nations are descended from Abraham.

The "kinship" between Sparta and Judah arose from the fact that the Spartans came from Esau (Edom) whereas the Judaeans descended from Judah son of Jacob the twin-bother of Esau.

The father of the twin boys, Esau and Jacob, had been Isaac and their mother was Rebecca.

Genesis (NKJV) 25:
24 So when her days were fulfilled for her to give birth, indeed there were twins in her womb. 25 And the first came out red. He was like a hairy garment all over; so they called his name Esau. 26 Afterward his brother came out, and his hand took hold of Esau’s heel; so his name was called Jacob. Isaac was sixty years old when she bore them.

The Spartans, according to one version) said their first king, Lelex, came from Egypt but Edom and Egypt had been closely connected (2-Kings 11:14-42). Others said that Lelex was the son of Poseidon (god of the sea) and Libya in Africa.

Sparta of Lacedaemonia, Greece, found a number of overseas colonies in Italy, e.g. Tarentum in Apulia, southern Italy. The Sabines who were amongst the first colonists of Rome also claimed to be descended from Spartans. Porcius Cato (ca. 230 BCE) in his old age became a foremost scholar in Greek tradition. He is quoted as saying that the Sabines were named after Sabus, the son of Sancus. The name Sabus is similar to that of Tsepho [i.e. ‘Zepho’] son of Eliphaz son of Esau (Genesis 36:11). A collection of popular Ancient Jewish legends, known as "Sefer Ha-Yashar" attributed the founding of Rome to Zepho grandson of Esau. Dionysius ca. 30 BCE also traced the Sabians to a group who had fled from Sparta (in Lacedaemonia, Greece). The Sabines were noted for their belligerence and frugality which traits the Romans supposed they derived from their Spartan ancestors. Plutarch (in the Life of Numa Pompilius) remarks, "Sabines, who declare themselves to be a colony of the Lacedaemonians..."

LA TOUR D'AUVERGNE, "Originnes Gauloises", Hamburg, 1801, states that the Romans owe their origins to the Albanes of Latinium in Peloponesus (southern Greece), - descendants of the Lacedaemonian-Spartans and to the Ausones also from Esau. They migrated to Italy where they intermixed with the Sabines and Umbrians who also merged with the Romans.

This genealogy may also link us with Julius Caesar.

Julius Caesar (100 BCE -44 BCE) was the first Roman Emperor. Subsequent Emperors also held the title "Caesar" in his honor. The original meaning of the name "Caesar is not known. One explanation is "a caesarie" ("because of the hair"). The Ancient Edomites had conquered a land known as “Seir” and wiped out and assimilated its people. Subsequently the Bible sometimes refers to Edom as Seir.
cf.

The meaning of "Seir" is literally "hairy" but the term "Seir" may also be applied to a goat or a demon (Isaiah 13:21). The title “Caesar” as a term of royalty may have had more ancient origins. Le Comte de Gobineau, in his French-language History of the Ancient Persians, "Histoire Des Perses," Paris, 1869, traces the name "Caesar" to a root "Kais" or "Kas" or something similar. He shows how this root name was associated with rulership and monarchs throughout the Indo-European and Middle Eastern world. The Edomites of Edom worshipped an ancestral god named ‘Kos’. This is actually an alternative pronunciation of the name Esau, ancestor of Edom. ‘Esau’ in Hebrew begins with the letter "Ayin" which could take a guttural sound thus Esau became Kos.

Esau had been blessed that he should dwell in a fertile land, and be a military race.

Genesis 27:
39 Then Isaac his father answered and said to him, Behold, OF the fatness of the earth shall be your dwelling, And of the dew of heaven from above. 40 "By your sword you shall live, And your brother you shall serve; But it shall come about when you go down [i.e. "depart from the land", OR "when the time comes for you to rule"], That you will break his yoke from your neck."

Not only the Ancient Romans but numerous other peoples also descend from Esau or at least their ruling elites did. From Caesar we obtain the terms "Kaiser" and "Czar". This is fitting for a military race of he-men hunters destined to be blessed with material prosperity and live by their sword.

The Spartans had practiced a form of Eugenics. Weak babies were exposed to die. In accordance with the Spartan belief that breeding should be between the most physically fit parents, many older men allowed younger, fitter men, to impregnate their wives.
Adolf Hitler praised the Spartans, recommending in 1928 that Germany should imitate them by limiting "the number allowed to live". He added that,

"The Spartans were once capable of such a wise measure... The subjugation of 350,000 Helots by 6,000 Spartans was only possible because of the racial superiority of the Spartans."

The Spartans had created "the first racialist state".

Similarly, the German program of eugenics and culling the impaired and infirm continued throughout the reign of Hitler and after it. This practice paved the way for the Holocaust and in many cases the same personnel were employed.
Hitler likewise was prepared to eliminate many of his fellow Germans who did not meet the required standards. 400,000 Germans were indeed sterilized, mostly in the period 1939-1945.

Today such practices are in practice everywhere in the western world but the targets are mainly fetuses that are ripped out of their mothers' wombs and put to death. This is known as abortion.

Hitler was as an admirer of the Spartans, of the Ancient Greeks in general, and of the Romans.
The Third Reich was modelled on Ancient Rome.
The cult of the old German gods and German paganism also existed but it was promoted more by Himmler than by Hitler. In the mind of Hitler the German he was building was to a successor to Ancient Rome more than anything else.

It should also be noticed that Edomite Origin does not automatically mean antagonism to the Jews or to Israel. This may be the inevitable outcomes of Edomite civilization but before reaching that stage a modicum of civilized behavior may be adhered to. Julius Caesar himsef was favorable to the Jews and protected them. Anti-Semitic elements and policies always existed in Germany but there were many Germans in earlier days who respected them.