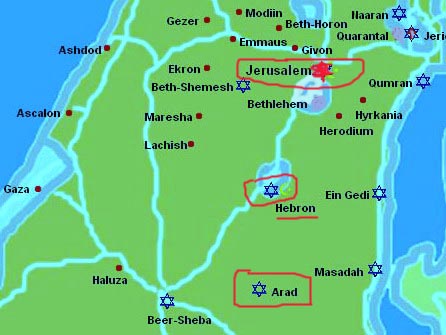 We received an e-mail from Lowell [aka Aryeh] Joseph Gallin.
The body of John Hulley was found dead in his apartment on Friday morning (17th October 2014).
He had been living in Har Adar to the west of Jerusalem.
Very little more is known for the moment.
John also used the surnames Richardson, and Ben-David.
John was 92 years old at the time of his death.
He was alert, active, and lucid till the end.
You always had to stay on the ball with John, make one mistake, one minor inconsistency, and he would catch it.
John was a scholar and a gentleman.
In his youth John had volunteered (by lying about his age) for the US Special Forces during WW2. He had been trained to penetrate the German lines and pose as a German soldier but the war ended before he could be sent on a mission. [This was just as well since most of those who trained with him were caught, tortured and shot by the Germans.]

We have written of this period and of the role of John Hulley in our article,

Brit-Am History
http://www.britam.org/BAhistory.html
# John Hulley had done research and had come to similar conclusions as Yair. John Hulley authored various articles some of which were later published in Brit-Am publications. Hulley later published "Comets Jews and Christians" (1996) in which he attributes true scientific achievement on the whole to a combination of Israelite ancestry together with relative closeness to Biblical truth. He uses recipients of Nobel Prizes as criteria. John Hulley was also preparing another work which as of now remains unpublished. John recognized the potential value of our researches. We had new information confirming the identity of the Lost Ten Tribes with Western peoples. We used Biblical, Rabbinical, and Secular sources and showed how they all tied together. We were capable of presenting our findings in a format religiously and nationalistically acceptable to Judah (the Jews) while true to the Biblical Truth of Joseph, i.e. the Ten Tribes. John Hulley became our first supporter. He also employed Yair (for a few days each month) as a part-time research assistant. #

As stated, John Hulley was our first real supporter. He was proud of it.

We had numerous arguments, discussions, debates, and information-sharing sessions with John.
Even when and where we disagreed with him his contribution was important since he forced us to formulate our own understandings.
John Hulley served as a source of knowledge and as a catalyst for independent thought.

According to what we understand.
John was of mixed English, Welsh, Scottish ancestry. He came from a well-to-do family of professionals.
John converted to Judaism but kept his own version of Christianity.
[We are not too familiar with this aspect of his personality and tried to avoid the subject in our meetings. During his stay in Kiryat Arba John lived outwardly as an Observant Jew. It is also worth noting that John was on friendly terms with known Rabbis and Rabbinical scholars and presented himself as a righteous convert. ]
John had been married about three times and had two children, a son and a daughter.
John had worked as an economist in the World Bank. His speciality was oil production. Disagreements with UN policy, corruption in high places, etc, etc, caused him to part ways with his employers after receiving what he described as a generous settlement. With this money and his World Bank pension he got by.
He was also very generous. As well as helping Yair Davidiy at crucial moments he also assisted numerous others.
Many a poor person in Kiryat Arba was helped by John at some stage or other.

John also had his own notions about diet, and health etc, and did much reading on the subject.
It seemed to work for him since he remained quite youthful until the end.
Assuming that our researches are important and that something will come out of them, and that they will mark a mark on history, then John Hulley will have contributed.

We met John while he was living in Kiryat Arba. He later moved to Jerusalem, and from there to Mevasserat Tsion, and then to Har Adar.
John had numerous friends and acquaintances in both the Jewish and Ephraimite communities.
People would go and visit with him and talk things over, receive advice, and socialize in general. John had had much experience and psychological insights of value.
John was too self-effacing to fulfill the role of a guru but he definitely was an "elder" in the positive, classical sense of the term.
Many of those he was friendly with are proficient writers in their own right. We expect some of them to come forward with eulogies more appropriate than this one.
We have two web-site with articles by John Hulley.

(1) On our web-site www.britam.org there are 76 items concerning John Hulley.

Two articles of note by John on this site are:

The Two Houses Together
by John Carrington Richards [Hulley]
http://www.britam.org/Allenby.html

PROPHETIC PROFILE of the HOUSE of EPHRAIM by John Hulley.
http://www.britam.org/HulleyProfile.html

(2) On our web-site http://hebrewnations.com/ there are 16 items concerning John Hulley.

Here are two photos of Yair Davidiy and John Hulley together. Both photos were taken in Hebron but with a good number of years between them.
The first photo (in black and white) was intended for a newspaper article concerning the Ten Tribes which in the end was never published. 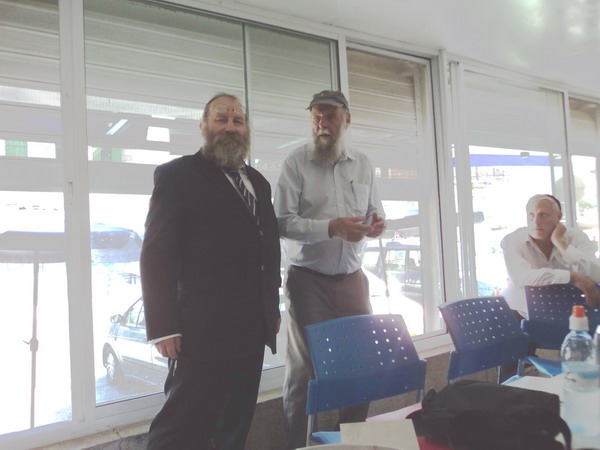