In our articles on the Bible, the Tribes of Asher and Da,n and the borders of Ancient Israel, and also concerniung the Identification of Israelite Tribes and Tribal groups with historical entities we have shown how the Israelites once settled in Cyrpus and in Northern Syria, etc. TubalCain in the Notes below quotes from academic sources that confirm what we have said on these matters. 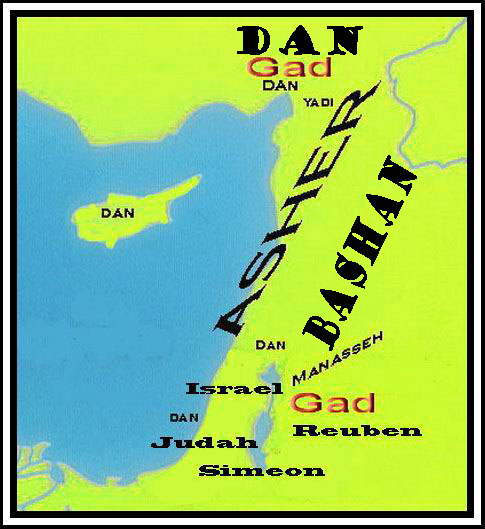 See: "The Men of Judah" in the El-Amarna Tablets. Journal of Biblical Literature. Morris Jastrow Vol. 12. No. 1,1893. Yaudu appear to have been in Nuhasse and Tunip. Both places associated with Aleppo, Syria. From here the Chalybes can be traced.

Aleppo was captured and destroyed by the Hittite Emperor Mursili I. It was rebuilt and regained its independence. There was a succession of rulers: Sarra-El->Abba-El ->Ilim Ilimma I-> Idrimi. Both Ilim Ilimma I and Idrimi were in contact with the Habiru of Canaan.

See the research paper:Morris Jastrow. Journal of Biblical Literature. Vol. 12, No. 1,1893. Mentions Yaudu [Judah] around region of Aleppo, Syria in 1300s bce Aleppo was a major source of iron and copper in antiquity. It was known as the "land of Khaleb" and was north of a place called Tunip.

"Tette and the Rebellions of Nuhasse" by T.R. Bryce, Anatolia Studies Vol. 38 (1988) pp.21-28 Tette was leader of Barga and Nuhassi.Town of Jaruwatta in land of Barga had been given to grandfather of Tette.
"We learn from Hittite sources that in Syria, Tette, King of Nuhashshe, was grandson of an Apiru chieftain whom the Hittites had placed on the throne"-William Foxwell Albright. Also, see the work by Colleen Manassa (now Colleen Darnell), American Egyptologist "Imagining the Past:Historical Fiction in New Kingdom Egypt."  For the restorations of the passage,see Redford, Wars in Syria.71-72; for the possible alliance between the Apiru and the ruler of Tunip. see ibid.,217-219. From ancient records: "Nuhasse was two one-day's journey from Tunip". Tunip was south of Aleppo, Syria. Sa-Gaz [Habiru] were given cities in Tahsi and Ubi [Ubi appears to be Hobah, north of Damascus mentioned in the Book of Genesis] in El Amarna letter 189 [EA 189] Another thing, "Some thought Nuhasse was located in the area of Aleppo, not far from the Euphrates River" El Amarna letter 273 mentions occupation by Sa-Gaz people of Aialuna [Aijalon in the Bible] and to Sarha [Zorah in the Bible], El Amarna 274 mentions Sa-Gaz conquering the Pharoah's land in Canaan [Book of Joshua]

The Land of the Bible: A Historical Geography. Yohanan Aharoni p. 209 connects the Jairites of Manesseh to the ancient Yauri people of bronze age Syria.