Megalithic Monuments as Signposts of Prophecy 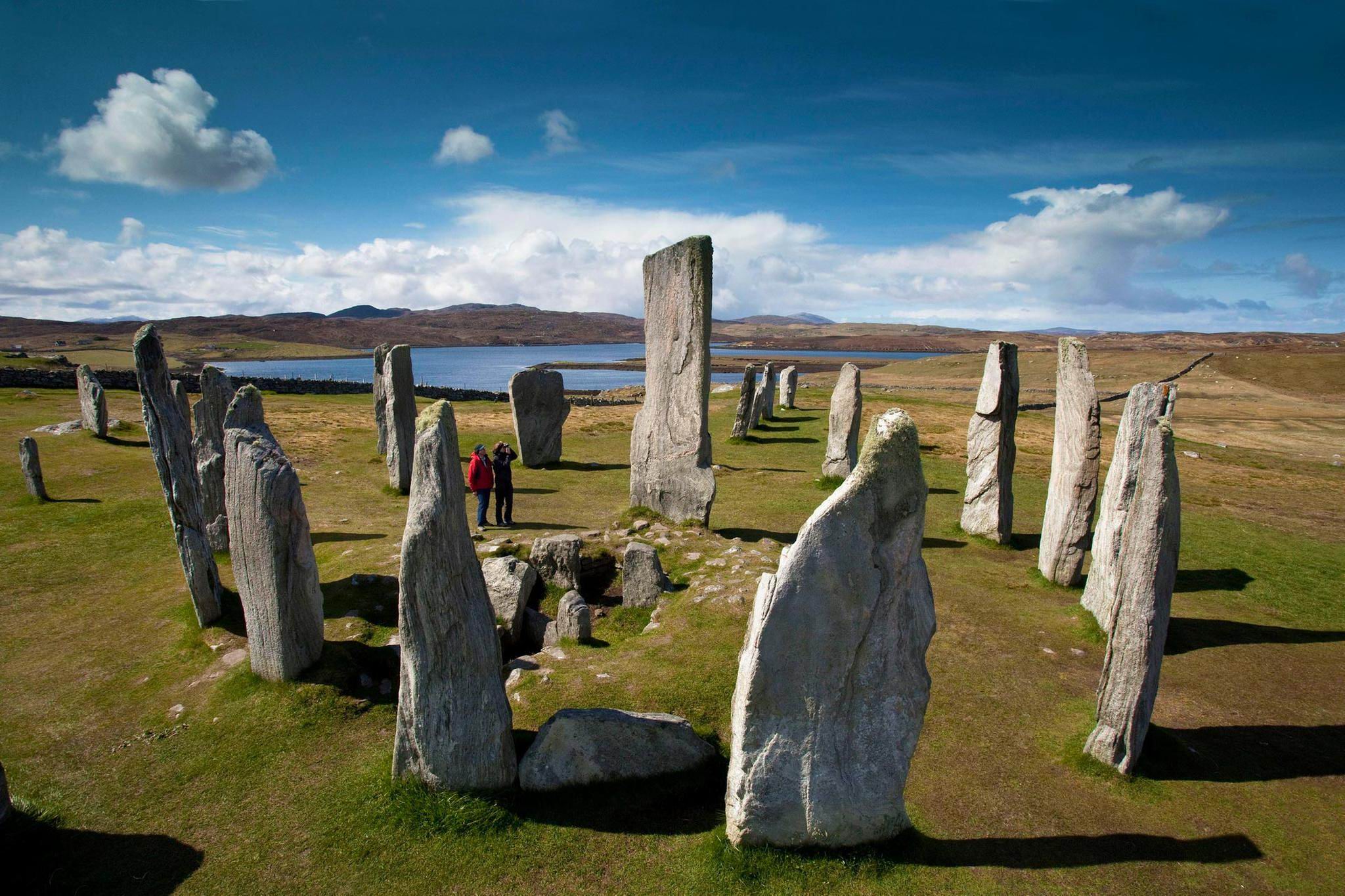 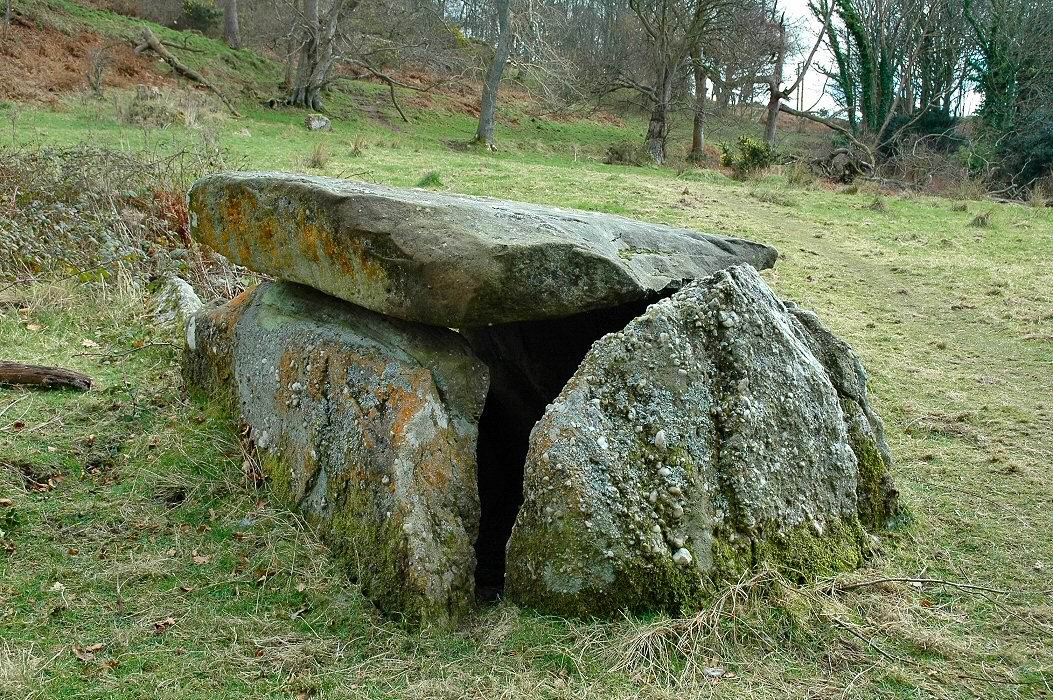 The building, and setting along astronomical alignments of Megalithic Monuments required a high degree of scientific expertise and social organization. This existed in  "Celtic" Society and must have been supervised by the  DRUIDS.
See:
"Megaliths in Britain.  How Early can they be Dated?"
https://hebrewnations.com/articles/megaliths/britainmega.html

Previous articles of ours have also examined the origin and culture of the Druids, see:
Dreaded Druids. Celtic Religion
https://hebrewnations.com/articles/secular/dreaded.html

We also showed how the establishment of a Pathway of Megalithic Monuments had been prophesied in Scripture, see:
Dolmens and Scripture
https://hebrewnations.com/articles/megaliths/scripture.html

Jeremiah 31:
21 SET THEE UP WAYMARKS, MAKE THEE HIGH HEAPS: SET THINE HEART TOWARD THE HIGHWAY, EVEN THE WAY WHICH THOU WENTEST: TURN AGAIN, O VIRGIN OF ISRAEL, TURN AGAIN TO THESE THY CITIES."

The word translated above as "WAYMARKS" in the original Hebrew is "Tzionim" which strictly speaking means "signs" but in spoken Hebrew is usually used to denote a stone erection marking a grave or event.
The most literal explanation of this verse amongst the Classical Authoritative Rabbinical Commentators is that given by the "RADAK" (Rabbi David Kimchi, 1157-1236) of Narbonne, France.
The Radak says:

"SET YOURSELF UP WAYMARKS" (Jeremiah 31): This was directed to the Community of Israel, that in the generation when they would be exiled they should set up waymarks [i.e. "tsionim"] such as PILED-UP STONES OR STONE MONUMENTS. The purpose of these monuments was to mark the paths [of migration for the sake of future recognition]. The meaning was to say that even though you will be exiled, hope is not lost and you are still destined to return to these your cities. "MAKE YOURSELF HIGH HEAPS" [Hebrew: "tamrurim"]. The same message is repeated though the wording is changed since both "tamrurim" [i.e. "high heaps"] and "tsionim" (i.e. "waymarks") connote elevated-height [from the root "tamar"].

The verse in Jeremiah 31;21 may therefore be understood to say:

Jeremiah 31:21
"Set yourself up "Tsionim" [stone monuments, menhirs, dolmens] and high heaps of stones [cairns] [i.e. Megalithic Monuments!]. Set your heart towards the prepared way: The way in which you went. Turn back o virgin of Israel, return unto these cities of yours."

When taken literally according to the RADAK (Kimchi, see RABBIS QUOTED) and others it means that a trail of megalithic monuments should be traceable along the pathways of migration as indeed it was. Megalithic Monuments begin in the Land of Israel on both sides of the Jordan. They have offshoots of uncertain nature into Asia but exact reproductions are only found in the Caucasus, in Bulgaria, in Spain, West France, the Netherlands, Scandinavia, Britain, and Ireland. These monuments describe two main migratory paths from Israel to Western Europe. These paths show us how the Lost Ten Tribes left their land and where they went to. Jeremiah the Prophet transmits the command of God telling us to take heed of the paths we went in, the monuments we set up, and the way leading back to the cities of our forefathers in the Land of Israel.
Jeremiah also tells us that the LOST TEN TRIBES need to take heed of this message, to become more aware of  our Israelite Ancestry and to Repent.

Jeremiah 31:
22 HOW LONG WILT THOU GO ABOUT, O THOU BACKSLIDING DAUGHTER? FOR THE LORD HATH CREATED A NEW THING IN THE EARTH, A WOMAN SHALL COMPASS A MAN.

Radak: # A WOMAN SHALL COMPASS A MAN: It is the way of the world that a man goes after and hangs around a woman, as the Sages said: Someone who has lost something seeks after what he is lacking. In this case, however, the female goes after and around the man, that is the Children of Israel will repent and return to their God who will redeem them #.

ABARBANEL (see RABBIS QUOTED) on this verse says it refers to the Ten Tribes who at first would be weak like a woman but later would gain strength like a man and overcome the Gentiles.
Other researchers of Megalithic Mounments have also independently noticed that the Pathway of the Dolmens and Megalithic Monument may have been meant to deliberately delineate a Pathway of Migration, See:

See:
"Dolmens and the Bible"
https://www.britam.org/Proof/Attributes/roleDolmen.html

... One person who did become intrigued by these stones was the Belgian historian Marcel Mestdagh. His area of expertise were the Viking invasions. .... Aware that megaliths were often used by later people as border stones, Mestdagh wondered whether they might actually be markers along the roads. Since then, other researchers have come to the conclusion that many megalithic monuments were indeed situated along ancient roads....

Getting back to  the key word "Tsionim" translated as WAYMARKS (Jeremiah 31:21): Note that this Hebrew word "Tsionim" in the singular English Transliteration may be rendered as "Sion" or "Zion."
The Hebrew name for Mount Zion in Jerusalem is spelled in the same way. The term Zion or Mount Zion in Biblical terms came to be synonymous with Jerusalem. Technically speaking Mount Zion is a short distance away from the actual Temple Mount but much of the adjoining city was built on the Mount Zion area.

Here are a few verses where "Zion" is mentioned:

Psalm  (NASB) 2:
6 But as for Me, I have installed My King Upon Zion, My holy mountain.

2 Kings  (NASB) 19:
31 For out of Jerusalem will go a remnant, and survivors out of Mount Zion. The zeal of the LORD will perform this.

Psalm (NASB)  48:
2 Beautiful in elevation, the joy of the whole earth, Is Mount Zion in the far north, The city of the great King.

Psalm  (NASB) 48:
11 Mount Zion shall be glad, The daughters of Judah shall rejoice Because of Your judgments.

Psalm (NASB) 74:
2 Remember Your congregation, which You purchased of old, Which You have redeemed to be the  Tribe of Your inheritance; And this Mount Zion, where You have dwelt.

From the association of the term "Zion" with Jersualem in the Bible we get the term "Zionism" meaning the goal of re-establishing an independent Jewish State in the Holy Land.

https://watchjerusalem.co.il/944-were-the-celtic-druids-pagan-israelite-priests
In Celt, Druid and Culdee, Isabel Hill Elder
Elder discusses these: 'The gigantic monoliths placed in circles and the piles of stones were alike unhewn. These piles, called si'uns or cairns, and in the north of England known as laws or lows, were usually placed on the summit of hills and mounds. ' The similarity of si'un with the Hebrew word Zion (fortress), the Mount of Stone (as the name Zion in Celtic means), is striking.'

The New Statistical Account of Scotland: 1845, p.257
The circle consists of sixteen stones, between which and the double circle there is a large stone incumbent, where the arch Druid stood, and addressed himself to those around him. The outer precinct of the concentric circle is 18 yards in circumference, in which are forty stones. Three yards north from it, there is a large standing stone, which is probably monumental of some illustrious dead, as they were then interred around those places, where they worshipped the Supreme Being. To the west of this temple, there is a Si'un, which signifies in Gaelic a mount of peace, near which is a fairy hillock, where urns have been found, and which was believed to have been inhabited by an inferior kind of genii, called fairies. On the Si'uns, the Druids held assizes, when it was customary to kindle a large bonfire, called Samhin, or the fire of peace. On Hallow eve, a Druidical festival, these fires are still lighted up, in this district, and retain the same name."

"To the west of this temple , there is a Si'un , which signifies in Gaelic a mount of peace, near which is a fairy hillock."

Now there may be a word, "Si'un" in Gaelic that sounds like "Tsion" but means "A Mount of Peace" (like Mount Zion in Jerusalem) and its similarity to the Hebrew "Tsion" may be a coincidence. it is more likley that due to the similarity in sound of "si'un in Galeic to "Tsion" in Hebrew and Mount Zion with the Jerusalem. Since Jerusalem is known as "the City of Peace," someone may have decided that 'si'un" should have the same meaning.

Nevertheless, the word "si'un" does seem to be associated with a cairn or a hill and with Druid or fairy-type lore.
Once while browsing in the National Library in Jerusalem I came across a copious dictionary  entitled "Jamieson's Dictionary of Scots," (1808, 1825) listing words used in the Lowland English Dialect of Scotland.
I spent about an hour, or more, leafing through it. Quite a few words appeared to be of Hebrew origin.
I have now found an online version: http://www.scotsdictionary.com/