Example of Answer Deleted as not Politically Correct

Why is homosexuality permitted?
Answer originally posted to Quora but deleted by Quora Moderation June 6, 2018. 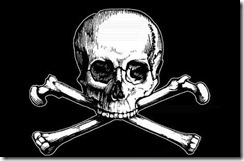 Source of Image: Homosexuality is dangerous for your health

I asked the question,
Why is homosexuality permitted? Homosexuality is statistically associated with pathological phenomena. Should it not be prohibited?

This caused quite a number of virulent protestations. Personal slurs were also made about me. I was also challenged by several of the correspondents to provide proof of what had been stated. Quora allows the author of a Query to answer their own question, so here goes:

7 Scientific Facts about homosexuality and its adverse effects on society
https://homosexualityandscience.wordpress.com/2012/11/05/7-scientific-facts-about-homosexuality-and-its-adverse-effects-on-society/
In summary: More HIV, shorter lives, more sexual abuse including that of children, more problems in raising children, usually spread by behavior rather than genetics, associated with dangerous behavior.

Is homosexuality dangerous to society?
by Matt Slick
http://carm.org/is-homosexuality...
Disease
... 2% of U.S. population is gay yet it accounts for 61% of HIV infection: "Men who have sex with men [MSM] remain the group most heavily affected by new HIV infections. ... Young MSM (ages 13 to 29) were most severely affected, representing more than one quarter of all new HIV infections nationally (27 percent; 12,900 in 2009)." (Center for Disease Control, http://cdc.gov/nchhstp/newsroom/...)
"A recent CDC study found that in 2008 one in five (19%) MSM in 21 major US cities were infected with HIV, and nearly half (44%) were unaware of their infection." (http://www.cdc.gov/hiv/topics/ms...).

Mental Health
How is the mental health of homosexuals and lesbians? ...
" . . . homosexuals are about 50% more likely to suffer from depression and engage in substance abuse than the rest of the population, reports Health Advice, News & Information | Health24 . . . the risk of suicide jumped over 200% if an individual had engaged in a homosexual lifestyle . . . the lifespan of a homosexual is on average 24 years shorter than that of a heterosexual . . . .... Homosexuals in the United States and Denmark--the latter of which is acknowledged to be highly tolerant of homosexuality--both die on average in their early 50's, or in their 40's if AIDS is the cause of death. The average age for all residents in either country ranges from the mid-to-upper-70s." ...

73% of the psychiatrists in the American Psychiatric Association who responded to a survey by Harold I. Lief said that they thought that homosexual men are less happy than others. 70% percent said they believed that the homosexuals' problems were due more to personal conflicts than to social stigmatization.

Insert the following heading into GOOGLE and hundreds of similar results will become available.

In short Homosexuals on the average are less healthy, die earlier, and have mental and social problems. They also harm others.

I met a few homosexuals in the course of my life and saw others. A lot of them seem to be physically weak to an unnatural degree and also more morally corrupt than is usual. This observation has been made by others.

Homosexuality is not prohibited by western societies since there are a large number of homosexuals who have enough influence to present it.

They also have enough clout in the Media to prevent negative information about homosexuality reaching the public at large.

Homosexuals do not keep to themselves. Homosexuals frequently seek new partners and have an interest in bringing others to be like they are. They demonstrate their preference in the streets , in parades, in the media, etc. Most heterosexual males will have homosexual advances being made to them, very often this is accompanied by touching, unwanted attention, and social pressure. Physical coercion may also be frequent. Heterosexuals who are vulnerable e.g. in jail, or physically weak, or in need of assistance, etc, are frequent victims. If a heterosexual person has not themselves felt pressured to engage in homosexual actions (probably more than once, in some cases on numerable occasions) then it will most likely happen to their children. The more socially accepted it is the more it will happen and the greater will the level of coercion reach. The more vulnerable the person concerned the more likely they will become a victim.

Homosexuality always existed. Some people may be more attracted to it than others. So too, some stages in life processes (e.g. puberty) may be more susceptible than others. Nevertheless in the recent past there was less of it. People either sublimated their darker desires or overcame them through heterosexuality. Not prohibiting homosexuality results in greater social acceptance for its practice and its spread. The spread of heterosexuality means a greater incidence of the negative effect associated with it.

Homosexuality is forbidden by the Bible.

Leviticus 18:
22 You shall not lie with a male as with a woman. It is an abomination.

Leviticus 20:
13 If a man lies with a male as he lies with a woman, both of them have committed an abomination. They shall surely be put to death. Their blood shall be upon them.

Additional Note: All of the above is correct. It may be possible to argue with one or other of the statistics but the overall results are also correct. Several replies to this question compared myself to a Nazi. On the one hand, the Nazis did persecute homosexuals but they themselves practiced sexual deviations including homosexuality. The case of  Ernst Rohm  [ Ernst Rohm - Wikipedia ] is well-known. Hitler himself had engaged in homosexuality. See The Pink Swastika regarding specific cases:  The Pink Swastika

The virulence of the replies and the personal attacks on myself show that objective discussion of this issue in the present climate is not possible. The Homosexuals now rule the show. Just for the record several of those who attack us on this issue are themselves self-admitted homosexuals while others we suspect to be closet Nazis.

Homosexuals spread disease more than heterosexuals do. By self-definition they engage more in aberrant behavior that is physically harmful. They have higher rates of mental anguish than others emanating from their life-styles and not from how society relates to them. Relatively speaking they are a greater menace to children and the vulnerable.

Two More Points: (1) Many (perhaps most) of those who engage in homosexual activities are bi-sexual. Some have families, even children. Most reports of aberrant behavior by adults are to be believed BUT it also happens that false or mistaken impressions have been made.

(2) A good portion of homosexuals were inducted into the practice when they were under age and the one seducing or raping them was older. Homosexuality spreads through illegal preying and illicit practice.