Why is King Henry VIII the best king?
https://www.quora.com/Why-is-King-Henry-VIII-the-best-king/answer/Yair-Davidiy 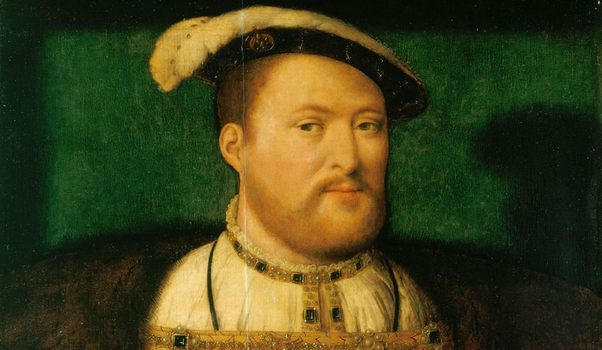 Henry-viii (1491-1547), reigned from 1509.
Was Henry-viii the best king? Define what you mean by "best." Furthermore say what you mean by "king." If a king is more than the agent of his ministers then perhaps Henry was the last real king of England?
He was the son of Henry Tudor, i.e. Henry-vii. His brother Arthur was older than him and had been designated as heir apparent. Arthur married Catherine of Aragon, daughter of the king of Spain and niece of the Holy Roman Emperor. Arthur got sick and died so the widowed Catherine was married to Henry. After becoming king, Henry decided he wanted to annul the marriage to Catherine but the Pope would not let him. A theological dispute resulted and Henry declared the King, not the Pope, to be head of the Church in England. Henry married another five times. Two of his wives lost their heads. One of them had committed adultery. Betrayal of the King in marriage was legally an act of treason in that age. Henry dissolved most of the monasteries and church properties that previously had controlled a good portion of the national wealth. Others benefited from this dissolution. Henry (himself of Welsh descent) formally united Wales to England and made himself King of Ireland.

At the beginning of his reign Henry had a group of musicians from Italy at his court. They were all Marranos i.e. secret Jews or converts from Judaism, or their children. The Papal representative demanded that Henry get rid of them. Maintaining the exclusion of Jews from England was part of the marriage agreement between Spanish Katherine and Arthur the brother of Henry whose wife he had inherited. Henry sent his Marranos away and then brought them back, one by one. Having to have had to so act would have rankled a man like King Henry. When the Germans began to turn against Catholicism, Henry wrote or claimed authorship of a reply to Luther. He received from the Pope the title "Defender of the Faith" which he kept. In retrospect this may have saved the Kingdom, after turning Protestant, from the ravages of Lutheranism. Henry attempted to help Jews in the Netherlands who were being persecuted by their Spanish rulers. When he had a dispute with the Church over the legality of his marriage to Catherine his emissaries appealed to Jewish scholars and Rabbinical sources.

"Henry VIII endowed the Regius Professorship of Hebrew at the University of Oxford in 1546 the longest continuous academic position in Hebrew studies in the world."
Â https://www.ariellearning.com/he...

Henry had a Bible placed in every church to be available to whosoever wished to read it. Henry found England still in a wild uncultured backward superstitious condition. He left it a modern rational state and laid the foundations of a navy. The numbers of ships increased from 5 to fifty with new big guns and a port and a bureaucratic apparatus of its own. The sailors, warriors, soldiers, poets, scholars, etc, of the Elizabethan Era all grew up under Henry. Forces released by Henry found a positive resolution in the time of Elizabeth. Under Henry, the production of wool doubled. Industries were developed for the processing of cloth. Foreign trade increased. Overseas investments were initiated. Capitalism replaced the feudal order. The arts were encouraged. Foreign wars were fought that cost much money and were not always successful. They did however keep potential foes on the defensive and loyal Englishmen on their toes. Under King Henry the English created themselves anew.