The British issued the Balfour Declaration in 1917. They proceeded to establish a Mandate over the area of Palestine. This laid the foundations for the State of Israel.
The British did much more to bring about the creation of modern Israel than they themselves admit and much much more than is commonly realized.

Quote:
# The British kept their promises to the Zionists. They opened up the country to mass Jewish immigration; by 1948, the Jewish population had increased by more than tenfold. The Jews were permitted to purchase land, develop agriculture, and establish industries and banks. The British allowed them to set up hundreds of new settlements, including several towns. They created a school system and an army; they had a political leadership and elected institutions; and with the help of all these they in the end defeated the Arabs, all under British sponsorship, all in the wake of that promise of 1917. Contrary to the widely held belief of Britain's pro-Arabism, British actions considerably favored the Zionist enterprise. #
Tom Segev, "One Palestine Complete", USA, 2001, p.5.

All this is a subject for another time.
At present, granted that they did do something the question is why did they do it?

We cannot give a simple answer but we can indicate several tendencies that converged at the crucial moment.

Motivating Factors 1: The Restoration Movement from the 1600s or earlier.
In England there were scholars, philanthropists, military adventurers, mystics, writers, politicians, and religious innovators who were all of the opinion that restoring the Jews to their homeland was necessary. Some of these saw this as a first step to converting the Jews to Christianity but most viewed it as something desirable in itself.
From the 1600s to 1917, individuals with similar views were to be found in France, Germany, Spain, the USA, and probably elsewhere as well.
Nevertheless, the Restoration Movement was overwhelmingly British.

Quote:
Franz Kobler, "THE VISION WAS THERE", UK 1956 pp.7-9, wrote:
http://www.britam.org/vision/kob...
"Nowhere more than in Britain has the idea of the Restoration of the Jews been developed into a doctrine and become the object of a movement extending over more than three centuries. Only in Britain the leading spokesmen of many generations have been inspired by the vision of a revived Israel. Only there the creation of a Jewish National Home has been a serious and almost continuous political issue which was finally translated into reality...
"The movement [i.e. Restoration of the Jewish Independent Kingdom] [is].. an integral part of British religious, social and political history forming a parallel, not an annex, of the histories of Jewish Messianism and Zionism .... The recognition of Israel's Restoration as an organic part of British political ideas... a genuine religious, humanitarian and political trend within British history."

Motivating Factors 2: A Literal Bible Heritage
People of the British Isles had a tendency to take the Bible literally. This was exemplified by the religion of the Plymouth Brethren who although small in number had some influence. They understand the Bible to require the Restoration of the Jews for the fulfillment of prophecy.

Motivating Factors 3: A Moral Imperative
The British were never wholly selfish. They freed the slaves in their Empire before the USA liberated theirs. They eliminated the trans-Atlantic Trade by others in slaves. They introduced some reforms. The Jews in Russia and elsewhere were suffering from pogroms and persecution in the 1880s. Not all of the British leaders were enthusiastic about accepting Jewish refugees from Eastern Europe. Lord Balfour who later gave his name to the Balfour Declaration had campaigned against the acceptance of Jewish refugees to Britain in the 1880s. Nevertheless, he still wanted to help.
If help was to be given the British wished to be the ones giving it.
By analogy someone pointed out that in World War-2 with the fall of France in 1940 there were some people in Britain who actually felt relieved. It was good to be alone at last to do what was needed to be done. 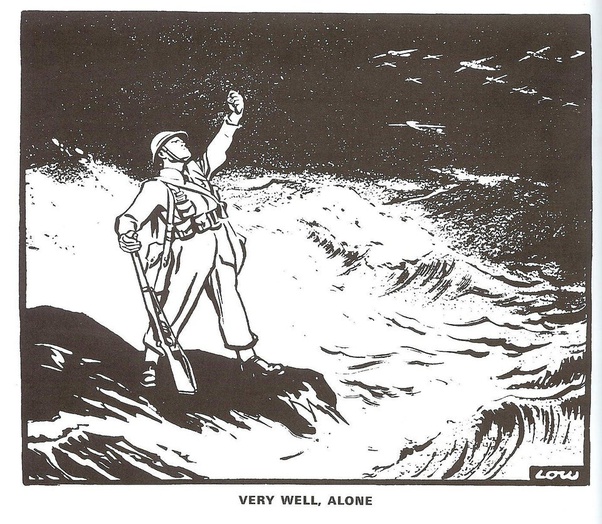 Motivating Factors 4: To Leave a Mark on the World
The world was changing. There were independence movements in the Empire. Socialism, egalitarianism, and libertarian principles were becoming popular. New forces were coming up. It was only a matter of time before Britain would need to adapt. It would be good to have created a Jewish Home, to leave an additional legacy, while they were still able to do so.

Motivating Factors 5: To Remain Involved
Britain was going down, becoming smaller. Nevertheless no matter what its size it would need to remain a player. Inserting an extra card or two might make things interesting at some point. The fictional works of John Le Carre often refer to this sentiment.

Motivating Factors 5: Defiance of the World. Protector of the Jews 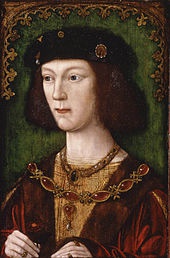 King Henry-vii after his coronation in 1509.

This attitude was exemplified by “Good King Harry.” Henry-viii (1491-1547) is known for having killed a couple of his several wives and doing other deeds of dubious probity. Nevertheless Henry was not all bad. He accomplished much of value. The attitude of Henry towards the Jews tells us something of the English character. The Jews had been expelled from England in 1290 but some kept turning up. The Tudor Dynasty had begun with an outsider, Henry Tudor from Wales, who became Henry-vii. He had two sons, Arthur and Henry. Prince Arthur, the elder brother of Henry, was the heir presumptive. Arthur as a boy had been wedded to Catherine of Aragon, daughter of the King of Spain. The marriage agreement included a clause that the exclusion of Jews would remain in effect. Prince Arthur however died prematurely. Henry was now the prince elect. He was in turn married off to Catherine, widow of his brother. He then succeeded to the throne. Henry had Jewish “Marrano” musicians from Italy at his court. The Papal Legate and the Spanish entourage of Catherine protested. Henry gave in and sent his Jewish singers and instrumentalists away. After that he brought them back again, one by one. Henry attempted to intervene with the King of Spain and to alleviate the lot of Jews in the Netherlands which then was ruled by Spain. Henry later tried to get his marriage to Catherine annulled on legal Religious grounds. His experts appealed to Jewish Rabbinical sources and consulted with Rabbis in Italy. David S. Katz has written on this.
This was not so much a love of Jews but rather a refusal to relinquish use of them. To be fair, practical, and innovative.

So too, the psychological attitude towards the “Jewish Problem” shown by Henry may have helped give rise to the British Mandate. If the Jews wanted a land of their own, and needed it, why not give it to them?