Why does Israel get more support from US than from Germany, despite its Holocaust past?
https://www.quora.com/Why-does-Israel-get-more-support-from-US-than-from-Germany-despite-its-Holocaust-past/answer/Yair-Davidiy 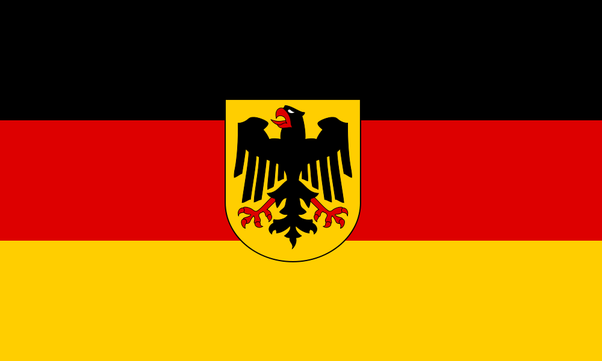 Why does Israel get more support from US than from Germany, despite its Holocaust past?

Germany's Angela Merkel in Israel amid deep divisions
https://www.dw.com/en/germanys-angela-merkel-in-israel-amid-deep-divisions/a-45745537
Ahead of her arrival on Wednesday, children in the West Bank Bedouin village of Khan al-Ahmar put up posters imploring the chancellor to stop the demolition of their homes. Merkel had previously voiced opposition to plans to raze the village. Israel maintains that the hamlet was built illegally and dangerously close to a highway.
Merkel told Netanyahu that Germany was still seeking a two-state solution, and that the Israeli settlement policy made that more complicated.
She said she would seek contact with the Palestinian Authority President Mahmoud Abbas to discuss the situation in Gaza, and that she would try and get Palestine to join peace negotiations with Israel.
.... they planned to discuss trade and innovation, but concerns about rising anti-Semitism in Germany were also likely to be addressed.

The main points were that PM Merkle agreed with PM Netanyahu on the need to prevent Iran from becoming a nuclear power. They disagreed on the means.
Concerning the Palestinians Merkle was critical of Israel:

Germany is friendly with Israel in some ways but against Israeli settlements in the West bank and Israeli rulership over Palestinians there and elsewhere.
The EU in general has similar polices and outlook but often Germany leads the way on these points. They also fund NGOs that work against the Israeli Government and against Judaism within Israel.
Consider the following headlines that came up on a Web Search:

Hundreds of other examples are available.

Nowadays Germany has amicable relations with Turkey. The Turks oppress the Kurds, the Alevi Muslims, and other Muslims.
Germany has relations with China who oppress the Uigyur Muslims.
Germany has relations with Iran who oppress their Arab minority, Balochs, and others.
In fact a good proportion of the nations Germany has friendly relations with oppress minorities of their own.
Germany does not protest. Germany does not care. Germany certainly does not seek to intervene.
Why is Israel different?
Israel is Jewish. The Germans cannot get away with being openly against Israel just because they are Jewish so the Palestinians provide an excuse.
The Germans realize that WW2 was a mistake in so far as it hurt Germany. Liberal elements within Germany do not want to see Germany become militant once again. Membership in Nato and US troops on German soil help mitigate the problem for the time being:

LORD ISMAY
https://www.nato.int/cps/us/natohq/declassified_137930.htm
Lord Hastings Lionel Ismay was NATO's first Secretary General, a position he was initially reluctant to accept. By the end of his tenure however, Ismay had become the biggest advocate for the organisation he famously said was created to "keep the Soviet Union out, the Americans in, and the Germans down."

The rest of the world is still fearful of Germany and Germany needs the rest of the world. Many nations suffered the rampages and depredations of Germany. Nevertheless the Jewish People were the hardest hit in proportion to their population and the virulence with which the campaign against them was carried out. Neighbors of Germany may not necessarily like the Jews so much but direct actions by Germany against them would be taken as warning signs. Feigned concern by Germany for the rights of Palestinians provides the necessary camouflage.

Who Are the Germans?
Forget the claims of DNA researches. They are the results of environmental influences and only good for at most a bit more than 2000 years. The Ancient Germans were a mixture of different peoples. These included Edomites. Edom was also known as Esau. The Edomite element is still present and has a significant influence. It periodically becomes dominant in Germany.
Esau and Jacob were twins the sons of Isaac and Rebecca. Isaac was the son of Abraham the first Hebrew. Abraham begat both Ishmael (forefather of many among the Arabs) and Isaac.

After Isaac came Esau and Jacob. Esau was also known as Edom while the name of Jacob was changed to Israel (Genesis 32:28, 35:10).

Genesis 25:
24 When her days to be delivered were fulfilled, behold, there were twins in her womb. 25 Now the first came forth red, all over like a hairy garment; and they named him Esau. 26 Afterward his brother came forth with his hand holding on to Esauâ€™s heel, so his name was called Jacob; and Isaac was sixty years old when she gave birth to them.

Esau was described as red-haired but this trait was also to be found among the Israelites. King David was described as having the same coloring as Esau (2-Samuel 16:12), cf. Song of Solomon 5:10 My beloved is white and red...

When the sons grew Jacob bought the first born right from Esau (Genesis 25:29-34) and later impersonated Esau in order to receive the Blessing of their Father before his death (Genesis 27:1-40). Consequently, Esau hated Jacob and intended to kill him (Genesis 27:41) so Jacob fled to his uncle Laban in Aram. Later they were reconciled.

Esau gave rise to several different peoples. He is best known for the kingdom of Idumea southeast of Judah. There were also other enclaves of Esau. Edomites were to be found in Idamerz in Gozan of northern Syria, in the region of Armenia, as the Temenu among the Assyrians and Babylonians and later in southeast Europe. Edomites were also among the Phoenicians of Tyre and the Sabines of Italy and in the other areas. Edomites were also in Asia and may have been a foundational element among the Japanese. They helped create the Roman Empire as well as giving rise to the Germanic Barbarians. Edom became identified with the god Woden or Odin who was also known as Koz. This very same name had been used by the Idumeans in the Middle East for their national deity. Edomites were to be found throughout Europe but especially in Germany. Not all the Germans were descended from Edom. Some were of Israelite origin. Those Germans who migrated to North America in the 1700s and 1800s were of different stock from they who remained behind.

The UK and USA on their side contain groups of both Edomites and Hebrew. Israelites from the Lost Ten Tribes are often more dominant among English-speaking peoples than the Edomites are. This does not mean that everybody in these countries belongs to Israel but many do. The Israelite Tribes involved are those especially of Joseph, Ephraim and Manasseh. In the End Times Joseph and Esau are destined to have a confrontation with each other over Jerusalem and the Land of Israel.

21 The deliverers will ascend Mount Zion
To judge the mountain of Esau,
And the kingdom will be the LORD's. 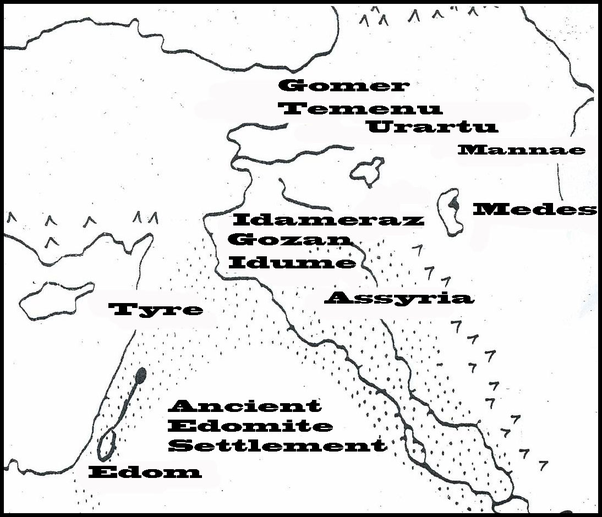