Adapted from:  Why did the Germans kill 6 million Jews in WWII? 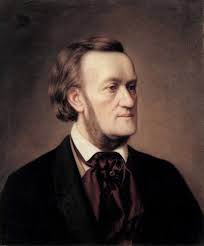 Why did the Germans kill 6 million Jews in WWII?

There had been about 9 million Jewish people in Europe, 3 million of them were in Poland alone. Some of them were in the British Isles, or in Russia, and therefore outside of German reach. Some escaped to other climes before the outbreak of WW2. Some though under German occupation still survived. Something probably in excess of Six Million was the number the Germans got their hands on and did away with.

So why did the Germans do this? There are several reasons which if not exactly entirely explaining the phenomenon go some way towards an understanding of it.

The Jews represented the God of Israel and therefore posed a system of moral demands that relatively speaking extended beyond the reach of human manipulation.

From the time of Martin Luther (1483–1546) German Protestantism was suffused with Judeophobia bordering on the aim of extermination. Catholicism in Germany had always been more virulent in its antagonism to Jews than it was in most other places.

The imperative to exterminate Jews had been openly spoken of and discussed by racial scholars in the course of centuries. A large number of the literate public were familiar with such notions.

Jewish intermixing was perceived as threatening their racial stock and cultural values. The Germans may well already then have been a mixture of different races and physical types but they perceived themselves as a homogeneous whole. The Jews were thought to be racially different. Jews were said to be seducing German women who were almost hypnotized by them and gave themselves too freely to the salacious semites. Once a German women had had concourse with a Jew all future generations from her would be contaminated no matter who the actual father might be. This is what Hitler wrote about. It was considered a scientific fact. Even Darwin spoke of a similar effect regarding the miscegenation of differing breeds in animals.

Bolshevism, i.e. Communism, was considered a threat working to undermine German Society. The Jews in the minds of many were identified with Communist activity. It was thought to be a tool of theirs.

In searching for sources of Jew-Hatred in Germany emotional influences are as important as intellectual ones. It is not only the large numbers of German readers who had been exposed to anti-Semitic literature that is important. It is also the depth of penetration of a select few. Hitler at one stage had been a voracious reader. He had probably come across a good portion of all the main anti-Jewish German works in existence. Nevertheless it was the music of Richard Wagner that seems to have affected him the most. He described his attendance at the Operas of Wagner as a religious experience.Wagner in 1865 described himself as:

"I am the most German of beings: I am the German spirit..."

# ...[the Opera] Parsifal a profound religious parable about how the whole essence of European humanity had been poisoned by alien, Jewish values... the Judaization of Christianity and of Germany...#

This is also how Hitler understood the music of Wagner from the beginning.

At the end of World War-1 German generals were losing control. The Home Front civilians were fainting of hunger in the streets. They forced the Kaiser to abdicate, and surrendered to the Allies. In order to divert blame from themselves and to foment resentment against the existing order the Military Heads later helped promote the calumny that Jews had stabbed Germany in the back. Many believed this. Nazi propaganda fed on military sentiment, a martial arousal, and a thirst for war and violence as ends in their own right. This was fused with traditional hatred of Jews with the latter serving as easily available victims.

Many Germans in the Middle and Upper Classes wanted Jewish jobs, businesses, property and valuables. In time of War they also felt that food consumed by non-Germans in occupied nations should go instead to feed the German public. Jews headed the List of non-German mouths that needed to be eliminated. See "Architects of Annihilation. Auschwitz and the Logic of Destruction," by Gotz Aly and Susanne Heim, 1991, English Translation 2002.

See Also: Yair Davidiy's answer to Why did the Nazi of Hitler kill 6 million Jews?