Why did the Nazi of Hitler kill 6 million Jews?
https://www.quora.com/Why-did-the-Nazi-of-Hitler-kill-6-million-Jews/answer/Yair-Davidiy 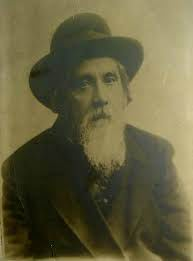 Rabbi Mair Simchah of Dvinsk predicted that Jews would be persecuted on racial grounds by Germans.

No-one really knows for sure why the Germans attempted to exterminate the Jews but there are many varied reasons that provide part of the explanation.

We can categorize the motivations under different headings:

1. Hatred of the Jewish God and the Urge to Kill.

Jews were killed more because they represented the God of the Bible and therefore the basic values of Civilization.

In his war against the Jews Hitler instructed a group of German theologians to rewrite the Bible and the New Testament, in a bid to remove all mention of the Jews…. in 1939 a group of Protestant theologians, loyal to the Nazi regime, established an institution for the "cleansing of Judaism from Christianity." Hitler's attempt to rewrite Bible

The Nazis in their conquests were especially vehement in hostility to Religious Jews and Rabbis in Eastern Europe.

A Facet of the German Character was coming to the fore. This can best be explained by the teaching of C. J. Jung and Friedrich Nietzsche (1844-1900). 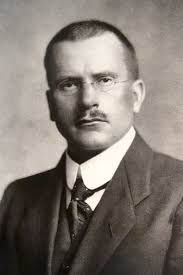 The psychologist-philosopher Carl Gustav Jung (1875-1961), opined that Hitler embodied the ancient spirit of Germany freeing itself from artificial inhibitions. Christianity (considered a basically Jewish cult) had imposed shackles on the Germanic spirit which was now liberating itself.

Before the War, Jung said of Hitler:

"... You know you could never talk to this man; because there is nobody there.... It is not an individual; it is an entire nation.'

“He is a medium, German policy is not made; it is revealed through Hitler. "

The Germans imagined themselves like the heroes of old who went around killing people. Hitler was the ancient god "Odin" meaning the "Wild Hunter" who killed for the sake of it and attached a value to ruthless cruelty. 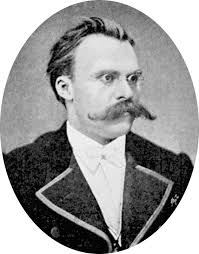 Friedrich Nietzsche wrote, at least when read at a basic level, as if there was a praiseworthy virtue in such attitudes. Nietzsche himself was not anti-Semitic and even not necessarily pro-German but his attitude was adopted by Germans who thought along Nazi lines.

The Germans had been first referred to as Huns by others since the Kaiser had once urged German soldiers to act like the Huns had and without mercy for others.

The Killing was for the sake of it. This entailed sadism and perverted pleasure in causing pain, torturing others and doing away with them. The Killing had a Bonding Effect similar to that gang-rapers claim to receive from doing what they do. There was desire to belong to the group. Group atrocities committed by German soldiery did indeed quicken their resolve to fight. The Nazis had intensified the communal feeling of "togetherness" while stressing the alienation of outsiders who were to be eliminated.

Jews everywhere on the whole were vulnerable and detested. Every murder needs both a victim and a culprit.

The Germans traditionally had harbored an envy and hate of Jews that became combined with a modern fear of Jewish Racial Input and cultural influence.

After the Nazis came to power obedience and obeisance to Hitler and his cohorts became an exigency of existence in Germany. This required an antipathy to Jews. The entourage of Hitler could be even more determined to do away with Jews than he was. It was not unknown for German bureaucrats to circumvent Hitler and persecute Jews he may have wanted to tread as exceptions,

John Weiss, author of "Ideology of Death. Why the Holocaust Happened in Germany," wrote:

# The Nazis hatred of Jews reflected an extreme racism common for decades among vast sections of the German public, including the elites....

Antisemitism was the single most important cause of the Holocaust... the murderers were motivated by a vicious hatred of the Jews."

The Englishman, Thomas Robert Malthus (1766-1833), had taught that population growth would tend to increase at a faster rate than the means of production. The solution was therefore to reduce the number of people.

The First World War had been lost partly because German civilians were starving at home even though soldiers at the Front were surviving. The troops no long wanted to keep in the fight. German Generals had trouble controlling those under their command. They therefore forced the Kaiser to abdicate and surrendered. Later they helped spread the calumny that the Jews had forced them to do it. A very few Jewish left-wingers had indeed been fomenting rebellion but with very limited success. At all events, the Germans were determined not to repeat the experience. The womenfolk had to be fed well at all times. If food was lacking at home the larders of occupied nations would be emptied. Let foreigners starve instead of Germans. The means of production in Eastern Europe were to be rationalized to provide more food with less people. Surplus population was to be eliminated. People had to be killed in order to fatten Germans. All non-Germans were liable to suffer because of this but for a start it was easier to kill Jews. They were already weakened, compliant, and not wanted by their neighbors. The Jews were to be alienated, marginalized, demoralized, killed outright or killed off by overcrowding, disease, overwork, etc, all combined with progressive starvation.

Millions of Poles and others were also killed for "Malthusian" reasons but there was less "urgency" felt in its doing.

The Malthusian aspects of Germans extermination policy towards Jews have been documented and discussed in "Architects of Annihilation. Auschwitz and the Logic of Destruction," by Gotz Aly and Susanne Heim, 1991, English Translation 2002.

In addition to this, the death of Jews was in itself the main aim. or one of the main aims of the war, for other reasons as mentioned above.

From a purely bureaucratic point of view:

"The murder of the European Jews was one part of a much larger annihilation project; prioritized because wartime conditions allowed it, it was also the part that came closest to being fully realized" (Aly and Heim, p.294).

"The Jewish minority in Hungary accounted for 10-14 per cent of the total population... In 1943...the German food supply experts demanded that Hungary should supply five times more bread cereals to Germany than it had in 1942. .. there was already 'a significant shortage..' in Hungary itself. Nevertheless, an extra 360,000 tonnes of bread cereals were to be shipped to the Reich. This corresponds fairly closely to the quantity of food needed to provide a subsistence level diet for a million people - approximately the size of the Jewish minority in Hungary according to German estimates.." (Aly and Heim, p. 251).

Hungary had been an ally of Germany. It had persecuted its Jewish population but balked at full-scale extermination. In March 1944 the Germans invaded. On April 14, 1944, Hungarian Nazi officials and the SS oficer Adolf Eichmann, decided to deport all the Jews of Hungary to their death.

We therefore see from the above that Hitler and the Germans killed Jews because:

They felt that Jews represented the God of Israel and threatened their racial stock and values.

This was combined by traditional hatred of Jews as well as a lust for bloodshed in general with the Jews serving as easily available victims.

The Germans wanted Jewish jobs, property and valuables. They also felt a need for Jewish space and that food consumed by Jews should go instead to German ladies.

(4) The Holocaust had already been in the Air!

Another points is that Nazis inherited an already existing collection of ideologies and expressed sentiments against Jews and urging their extermination. There was something of this nature felt throughout Europe but especially in Germany.

This led to certain Jewish Rabbis predicting in advance what would happen:

# Germany is destined to make a detailed Code of Law of their own concerning Hatred for Israel. It will be written therein that even the best among the Jews must be killed. #

# When Jews think that Berlin is Jerusalem, it will bring disaster upon them explicitly from the direction of Germany. #

Reb Zushya of Annopol in the year 1773 spoke at Oswiecim, which was later renamed "Auschwitz."

# We must not stay in this place. Jewish blood will one day be spilt here, I can sense it, I can feel it! #

Yair Davidiy's answer to Why did Hitler kill Jews?

Yair Davidiy's answer to Why did the German army fight to the bitter end in World War 2?

Yair Davidiy's answer to What was Adolf Hitler’s rationale for hating Jews?

Yair Davidiy's answer to Would World War II or a similar version thereof have happened if Adolph Hitler had never been born?

Yair Davidiy's answer to If former Kaiser Wilhelm II had lived to see the end of World War 2, what would have been his reaction to the Holocaust?

Yair Davidiy's answer to Why were the Jews really targeted by Nazi Germany?