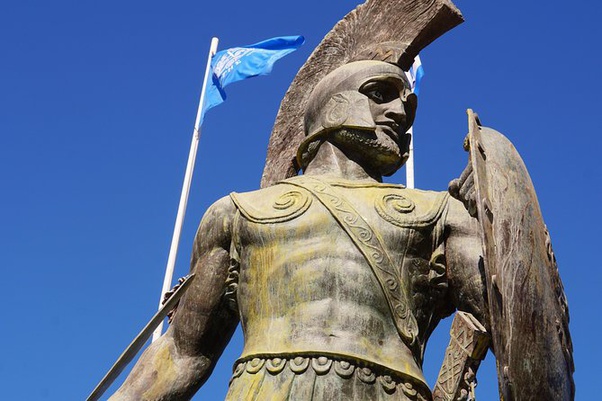 Sparta (also known as Lacedaemonia) was a prominent city-state in ancient Greece in south-eastern Peloponnese. Conventionally, Sparta is understood to have emerged as a political entity around the 900s BCE, when the Dorians from Macedonia invaded and subjugated the local, non-Dorian population. These Dorians in Greek tradition were led by the Heraclidae, descendants of Hercules. Sparta had been founded by the Heraclidae 80 years after the First Trojan War.
Lelex, the first king of Laconia (the region of Sparta), was said to have come from Egypt. Others said he was the son of Poseidon (god of the sea) and Libya in Africa. This attribution may however refer to the Helots who were originally free Greeks from the areas of Messenia and Lakonia. The Spartans had conquered these peoples and kept them in slavery. They were known collectively as "helots." 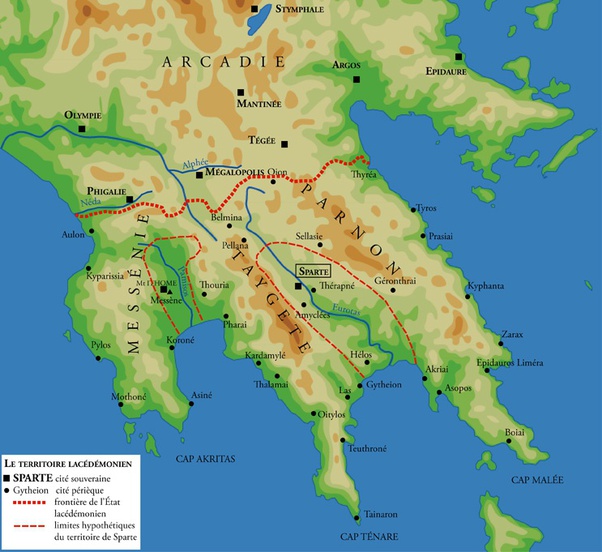 Correspondence between the Hasmonean rulers of Judah and Sparta refers to a common descent from Abraham. This is compatible with the Edomite origins of the Spartans. The Hasmoneans (Macabees) were the leaders of Judah which had rebelled against the Seleucid [Greek Hellenizing] rulers of Syria. They had become a power in their own right and their friendship was sought and/or accepted by other nations such as Sparta and Republican Rome. It is said to have been customary in Ancient Times for states seeking the friendship of each other to claim common origins. The Spartans were to claim kinship with the Jews. The Spartans had the characteristics of Edomites and may have been descended from Edom. This in their eyes would have justified their claims of kinship with the Jews at that time. The letter below dates from ca. 145 BCE and was sent by Jonathan the Hasmonean ruler and High Priest to Sparta.

1-Macabees 12:
5 Here is a copy of the letter Jonathan wrote to the Spartans:
6 Jonathan the High Priest, the national council of leaders, the priests, and the rest of the people of Judea, to our brothers in Sparta, greetings. 7 At an earlier time, your King Arius sent a letter to our High Priest Onias, stating that our two nations are related, as the attached copy shows. 8 Onias received your ambassador with full honors and acknowledged receipt of your letter, which declared our alliance and friendship. 9 And now, although we are not in need of such alliances, since we find our source of strength in the holy books we possess, 10 we have written to renew our ties of brotherhood and friendship with you....
19 The following is a copy of the earlier letter:
20 King Arius of Sparta to Onias the High Priest, greetings. 21 We have found a document about the Spartans and the Jews indicating that we are related and that both of our nations are descended from Abraham.

A similar account is found in Josephus (Antiquites 12.4.10, 13.5.8). An association with Abraham forefather of the Jews could have come through Esau, also known as Edom, and son of Isaac son of Abraham.

Genesis 36:
31 Now these are the kings who reigned in the land of Edom before any king reigned over the sons of Israel. 32 Bela the son of Beor reigned in Edom, and the name of his city was Dinhabah.

Ptolemy mentions a Danaba near Palmyra, Syria. Zosimus says there was a Danabe in Babylonia. Edomite enclaves were present in these areas. The meaning of "Dinhabah" is said to be "Den of Thieves." The Spartans took pride in training their sons from infancy to sustain themselves through thievery.

The Spartans practiced a form of Eugenics. Weak babies were exposed to die. In accordance with the Spartan belief that breeding should be between the most physically fit parents, many older men allowed younger, fitter men, to impregnate their wives. Adolf Hitler praised the Spartans, recommending in 1928 that Germany should imitate them by limiting "the number allowed to live". He added that,

"The Spartans were once capable of such a wise measure... The subjugation of 350,000 Helots by 6,000 Spartans was only possible because of the racial superiority of the Spartans."

The Spartans had created "the first racialist state". Hitler likewise was prepared to eliminate many of his fellow Germans who did not meet the required standards. [400,000 Germans were indeed sterilized, mostly in the period 1939-1945].

The Spartans themselves may have in part given rise to the Romans. That may be where descendants of the Spartans are to be searched for.

Roman tradition traced the founding of their city to Romulos a descendant of Aeneas of Troy. Men from surrounding regions gathered into Rome but females were lacking. They therefore abducted women from the neighboring Sabines. War broke out but the abducted women threw themselves and the children who had been borne to them between the two armies. According to Livy the Sabine and Roman states then merged. The Sabine king, Titus Tatius, ruled jointly with Romulus. The Sabine population divided into two: Those near Rome moved into the city and became part of it. The others remained separate and even joined Italic tribes in a war against Rome which they lost. They too were then assimilated into the Roman Republic. The Sabines claimed to be descended from Spartans. Porcius Cato said the Sabines were named after Sabus, the son of Sancus. We would identify Sabus with Tsepho [i.e. "Zepho"] son of Eliphaz son of Esau of Edom (Genesis 36:11). Popular Jewish sources (e.g. "Sefer Ha-Yashar") attributed the founding of Rome to Zepho the Edomite. Dionysius (500s CE) traced the Sabians to a group who had fled from Sparta (Lacedaemonia). The Sabines were noted for their belligerence and frugality which traits the Romans supposed they derived from their Spartan ancestors. Plutarch (in the “Life of Numa Pompilius”) remarks, "Sabines, who declare themselves to be a colony of the Lacedaemonians..."

La Tour D'AUVERGNE, ("Originnes Gauloises", Hamburg, 1801), states that the Romans owe their origins to descendants of the Laconian-Spartans and others who migrated to Italy where they intermixed with the Sabines and Ombrians of Lombardy. 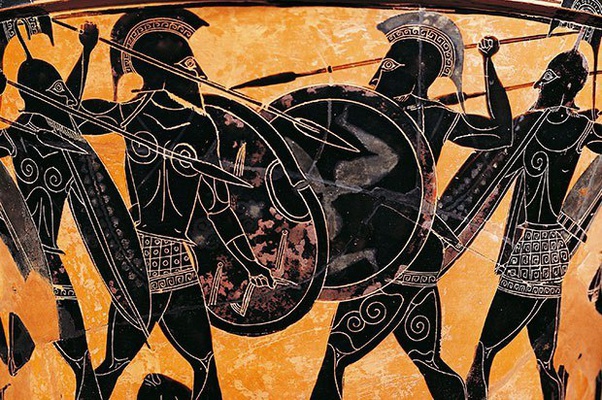