What happened to the tribe of Dan? In Revelation 7:4-8, Dan is not included. Was the tribe responsible for the events described in Judges 19?
https://www.quora.com/What-happened-to-the-tribe-of-Dan-In-Revelation-7-4-8-Dan-is-not-included-Was-the-tribe-responsible-for-the-events-described-in-Judges-19/answer/Yair-Davidiy 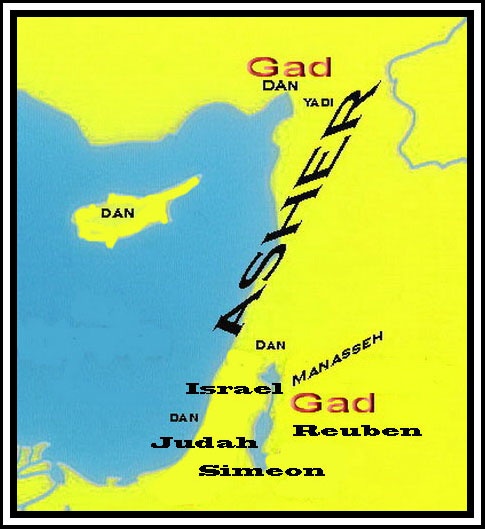 You asked three questions, i.e. the fate of the Tribe of Dan; the omission of Dan in a Christian work; and what connection Dan has with Judges 19 which otherwise deals with the tribe of Benjamin.

========================
The Tribe of Dan
The Tribe of Dan at first received an area where the present day cities of Tel-Aviv, Jaffo, Lod. Ramleh, Shelavim, etc, were located (Joshua 19:40-42). In Israel today this region is still referred to as "Gush Dan" i.e. the Dan Bloc.
From there a group of Danites went north and conquered an area named Leshem in the northern Galilee. They re-named it Dan after Dan their father (Joshua 19:47). Later a group of Danites went still further north and conquered another city named Laish. Here too they re-named it Dan after Dan their father (Judges 18:29). Some commentators consider Dan in Leshem and Dan in Laish to be different versions of the same event. We disagree. Leshem was in the Galileel, Laish was in north Syria near the border with Turkey and is referred to in local inscriptions ewhere it is transliterated as Laus. The Danites in that area are known to archaeology as the Dananu. They also conquered Cyrprus which was referred to by the Assyrians as Ydnanna i.e. €œIsle of the Dananu.€ Their kingdom was otherwise called Smal. The Rulers of this area belonged to the House of Moxus which is another form of Moses. This accords with the migrating Danites having taken a Levite along with them (Judges 18:30). The Kingdom of Smal adjoined an enclave from Judah called "Yadi." Later these areas were conquered by the Assyrians and their inhabitants exiled. They re-appear as entities in Scythia and then in Scandinavia. Denmark is called by the Danish "Dan-mark" i.e. Border of Dan after Dan their father. In Ireland there was an early group known as the Tribe of the deity Dana. In England, Scotland, and Wales in the Celtic Era we find entities named after Dan.
========================

Judges 19:
1 Now it came about in those days, when there was no king in Israel, that there was a certain Levite staying in the remote part of the hill country of Ephraim, who took a concubine for himself from Bethlehem in Judah....

In both cases a lack of a king is mentioned and bad deeds are described. We may infer moral degradation in both cases was being traced to a common source.