We accept DNA findings up to a point. DNA is hereditary but under certain conditions it can change. The presently accepted mutation rate is too slow. Instead of changing a little every several thousands years it does so every year. Changes do always not take place little by little with each increment building on the previous one. It appears that changes can occur to a major extent all at once "jumping" from  one major stage to another (ostensibly further down the line) without intermediate phases. Also, changes do not occur in only one case that somehow increases and multiplies until its cumulative effect can influence the whole population. On the contrary. Changes can take place in all the population all at once!
Red hair is determined by hereditary BUT there might be additional factors that lead to it.
============
2. Esau - Edom

Red hair is found in the Bible.

The forefathers of the Israelties were Abraham, Isaac, and Jacob.

Esau was the twin brother of Jacob.

GENESIS (NKJV) 25:
24 SO WHEN HER DAYS WERE FULFILLED FOR HER TO GIVE BIRTH, INDEED THERE WERE TWINS IN HER WOMB.
5 AND THE FIRST CAME OUT RED. HE WAS LIKE A HAIRY GARMENT ALL OVER; SO THEY CALLED HIS NAME ESAU.
6 AFTERWARD HIS BROTHER CAME OUT, AND HIS HAND TOOK HOLD OF ESAU'S HEEL; SO HIS NAME WAS CALLED JACOB. ISAAC WAS SIXTY YEARS OLD WHEN SHE BORE THEM.

We see that Esau was reddish and hairy like many redheaded people.

Red in Hebrew is "Edom". This became another name for Esau. The nation of Esau is also known as Edom.
cf.

GENESIS 36:1 NOW THIS IS THE GENEALOGY OF ESAU, WHO IS EDOM.

One of the qualities of Esau was that he would be a warrior people.

GENESIS 27:
'BEHOLD, YOUR DWELLING SHALL BE OF THE FATNESS OF THE EARTH,
AND OF THE DEW OF HEAVEN FROM ABOVE.
40 BY YOUR SWORD YOU SHALL LIVE,
AND YOU SHALL SERVE YOUR BROTHER;
AND IT SHALL COME TO PASS, WHEN YOU GO DOWN [i. e. separate yourself].
YOU WILL THROW OFF HIS YOKE FROM YOUR NECK.

Esau in Biblical Terms is a mainly negative figure.
Esau was often depicted as being red-haired.

Since Esau and Jacob were twin brothers and Esau was redheaded then the genetic potential to be redheaded must also have existed in Jacob.
Jacob was renamed Israel and begat 12 Tribes.

Egyptian depictions of the Ancient Hebrews and of peoples (presumably Israelites) from the area of Israel often depicted individuals with red hair.

Here is a Hebrew slave boy as depicted in an Egyptian tomb. 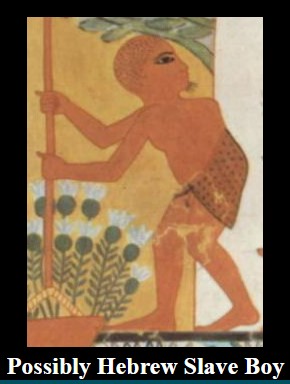 Here is a person from the Israelite area as depicted by the Egyptians.

Here are a group from the Israelite area identified as Hebrews.

Set (Seth),
The Egyptian god, Seth (also equated with 'Typhon,' and 'Saturn') was red-haired. He was identified by the Egyptians with the desert, with the former Hyksos rulers of Egypt, and with the areas of Edom and Israel.

The Sages said that both Esau (also known as "Edom") and David had the warrior quality of bloodshed but David directed this quality to the service of God. Both were described as "Admoni" i.e. redheaded.

1-SAMUEL (NKJV) 16:
12 SO HE SENT AND BROUGHT HIM IN. NOW HE WAS RUDDY, WITH BRIGHT EYES, AND GOOD-LOOKING. AND THE LORD SAID, 'ARISE, ANOINT HIM; FOR THIS IS THE ONE!' 13 THEN SAMUEL TOOK THE HORN OF OIL AND ANOINTED HIM IN THE MIDST OF HIS BROTHERS; AND THE SPIRIT OF THE LORD CAME UPON DAVID FROM THAT DAY FORWARD. SO SAMUEL AROSE AND WENT TO RAMAH.

1 SAMUEL L (NKJV) 17:
42 AND WHEN THE PHILISTINE LOOKED ABOUT AND SAW DAVID, HE DISDAINED HIM; FOR HE WAS ONLY A YOUTH, RUDDY AND GOOD-LOOKING.

The word translated in the two verses above as "ruddy" in Hebrew is "ADMONI" more correctly meaning red-haired, cf. NASB "reddish." NHEB "reddish brown."
Jewish Tradition also often accepted the fact that David was red-haired.
'
The Picture below shows the young David as a redheaded warrior just after he has slain Goliath the Philistine giant. 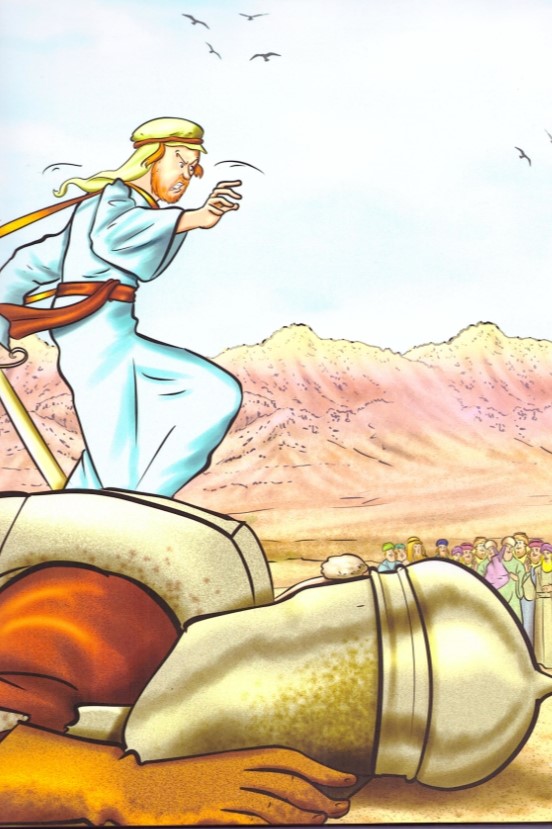 Here are two more pictures of David depicted as a redhead. 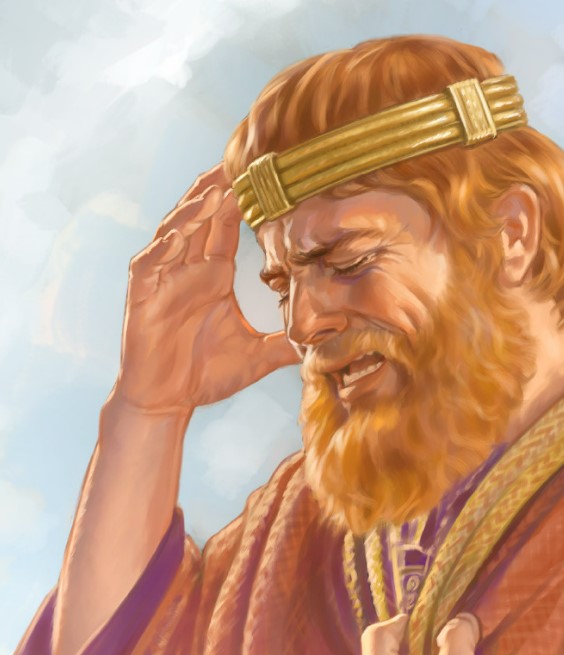 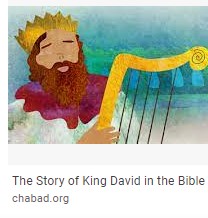 Before WW2, a very High proportion of red-heads among Jews were reported in "Galicia" (ca. Ukraine and Rumania) in Eastern Europe.
Redheads are quite common among the Jewish people but not to an overwhelming degree. Nevertheless, in Christian Tradition the Jews was frequently depicted as typically redhaired.
Judas was a disciple of the Christian Messiah who betrayed him. The name Judas is a form of the Name "Judah."
Judas was often portrayed as having had red hair.

The Germanic-Nordic god Thor was described as being red-haired. 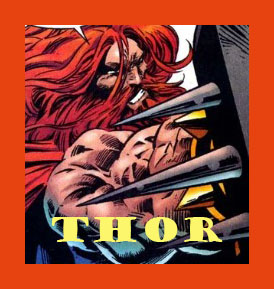 Many Germans may be descended from Esau though not that many are now red haired.
Traditionally Germans considered Red Hair to be a Jewish trait even though it is also found among non-Jews including Germans. Andrew Colin Gow, "The Red Jews. Anti-Semitism in an Apocalyptic Age 1200-1600," NY 1995, speaks somewhat on this subject. The Lost Ten Tribes in Germanic writings were called "Red Jews." They were described as all having Red Hair. In the Middle Ages, especially in Germany, Red Hair was considered a negative characteristic. It was associated with the Jews and with Judas. Both the Anti-Christ and Judas were depicted as both having red hair and as coming from the Tribe of Dan. In Germany the Jews were believed to be in league with the devil and to be plotting with the "Red Jews" meaning the Ten Tribes to overthrow Christendom.

We will speak more on these matters in another talk.