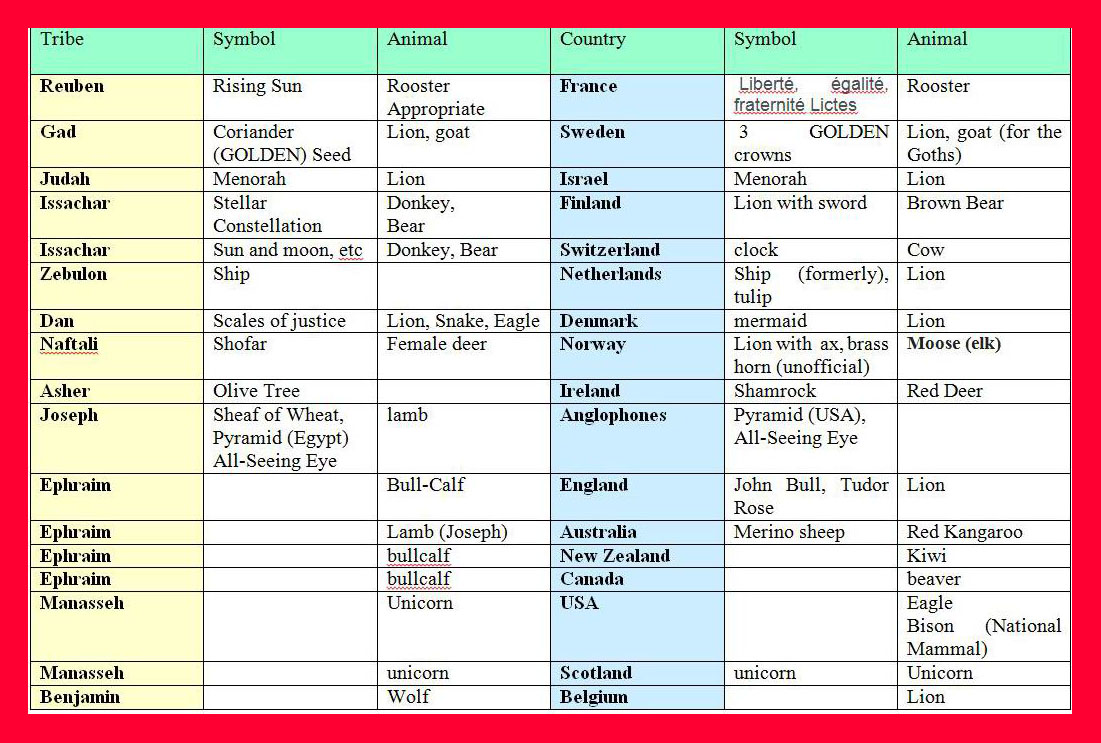 According to the Midrash each of the Tribes had its own animal symbol. Only some of the equations are known to us, e.g. Judah a lion; Dan a snake, and/or a lion; Ephraim a bull; Manasseh - a unicorn; Benjamin -a wolf; Naphtali - a female deer; Gad possibly a goat and/or a lion; Issachar a donkey; Reuben - possibly a rooster.

Ireland  -The Irish Hare has been described as a national animal, as has the red dee. Although extinct, the Irish Elk is also associated with Ireland. The national plant is the shamrock.
Fuchsia magellanica, hardy fuchsia; in Irish deora De, "tears of God")  has sometimes been described as the national flower, despite not being a native plant.
Flax is widely used as a symbol of Northern Ireland. It is the emblem of the Northern Ireland Assembly, referencing Ulster's linen industry.

Switzerland
Switzerland currently does not have a national animal, but the animal most commonly associated with Switzerland, or Alpine culture in general, is the cow.[16] However, various other animals have been used to represent the Swiss nation, such as the marmot, ibex, St. Bernhard and blackbird.[17][18][19] There are, in addition, also a handful of cantons who use a certain animal as symbol. These include the bear, bull, ram, ibex, lion and eagle. Other popular Swiss symbols worth mentioning may include Swiss cheese, Swiss chocolate, Rosti and the Swiss Army knife.