Names and the Tribes

Rabbi Shmuel Baruch Gannot in a short Hebrew-language article ("Kovets Gilyonot," 381)
discusses name-giving practices among Yiddish-speaking Ashenazi Jews. This is interesting in itself and has implications concerning some of our tribal implications.
We have added a bit to what was written and extrapolated from it.

It was a known practice to give the names of Animals to Children.
This was already known from Biblical Times,
The Prophetess Deborah has a name meaning "Female Bee."
The Prophetess Huldah (2-Kings 24:14, 2-Chronicles 24:42) has a name meaning "Female Weasel."
The Midrash implies that each of the Tribes had its own Tribal Animal but only some of them are known to us.
We find people with three names, one for the Tribe, another the name of the Tribe animal in Hebrew, and yet another with the name of the Tribal Animal in Yiddish which is a kind of German dialect.

A great rabbi was the NATZIV (1816-1893) whose full name was Naftali Zvi Yehuda Berlin. The first two names are Naphtali (after the Tribe Naftali), Zvi meaning  "a male deer" in Hebrew.
In the Bible Naftali had been compareed to a female deer, a hind, becuase it is swifter than the male.

It follows from this that if we tentatively identify a people with Naftali and their national animal is deer or a moose we may accept this as the male equivalent of the "Ayalah" of Nafatli.

Genesis 49:
27 Benjamin is a ravenous wolf; In the morning he shall devour the prey, And at night he shall divide the spoil.

We also find names like "Aryeh Yehudah Loeb" where "Aryeh" means "lion" in Hebrew, Yehudah means "Judah", and "Loeb" means "Lion" in Yiddish,
And so on. These kind of names are quite common.

We also find names like this:
Issachar Dov Nurenberger (Beer) where Issachar is the Tribal ancestor of Issachar, Dov means "bear" in Hebrew, and "beer" means bear in Yiddish.
The combination "Issachar Dov" is quite common.
Issachar was actually compared to a donkey.

Genesis 49:
14 Issachar is a strong donkey, Lying down between two burdens.

The Tribe of Issachar had high  status since its offspring were noted scholars.

1-Chronicles 12:
32 of the sons of Issachar who had understanding of the times, to know what Israel ought to do, their chiefs were two hundred; and all their brethren were at their command;

The donkey however was not appreciated so a bear was substituted instead!

We identify the Tribe of Issachar with the countries of Switzerland and Finland.
Switzerland does not have its own nation animal but in popular usage the milk cow is  often considered its symbol.
Finland has the Brown Bear as its national animal and this is pertinent to Issachar! 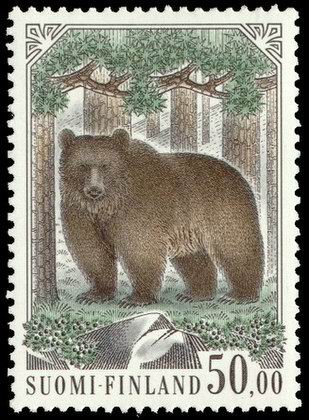