Identifications in a Few Minutes

The Lost Ten Tribes were exiled to portions of the Assyrian Empire. The Sagartii are recorded south of the Caspian Sea. 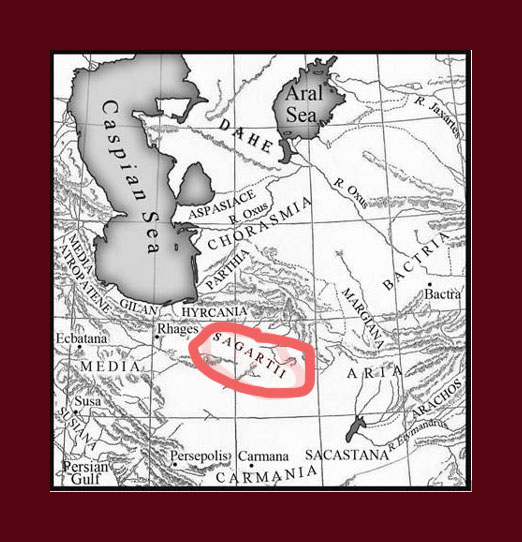 The Sagartii were also known as Issachar. From there a portion of them migrated to the Volga River region and to Southern Russia. This was also the area of the  Khazars. 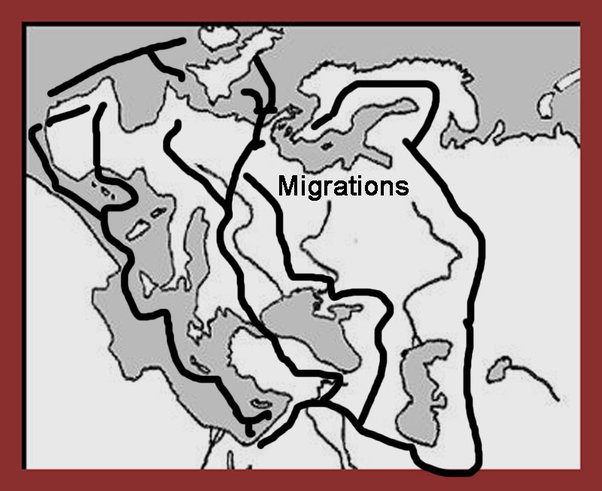 The Finns refer to their country as SUOMI. "Finland" is what they are known by to outsiders. The name FINLAND is derived from that of an early Tribe in Finland.
It is similar to the term "PUNI" or "PHUNI" which was applied to the descendants of Phua a son of Isssachar.

Genesis 46:
13 AND THE SONS OF ISSACHAR; TOLA, AND PHUVAH, AND JOB, AND SHIMRON. 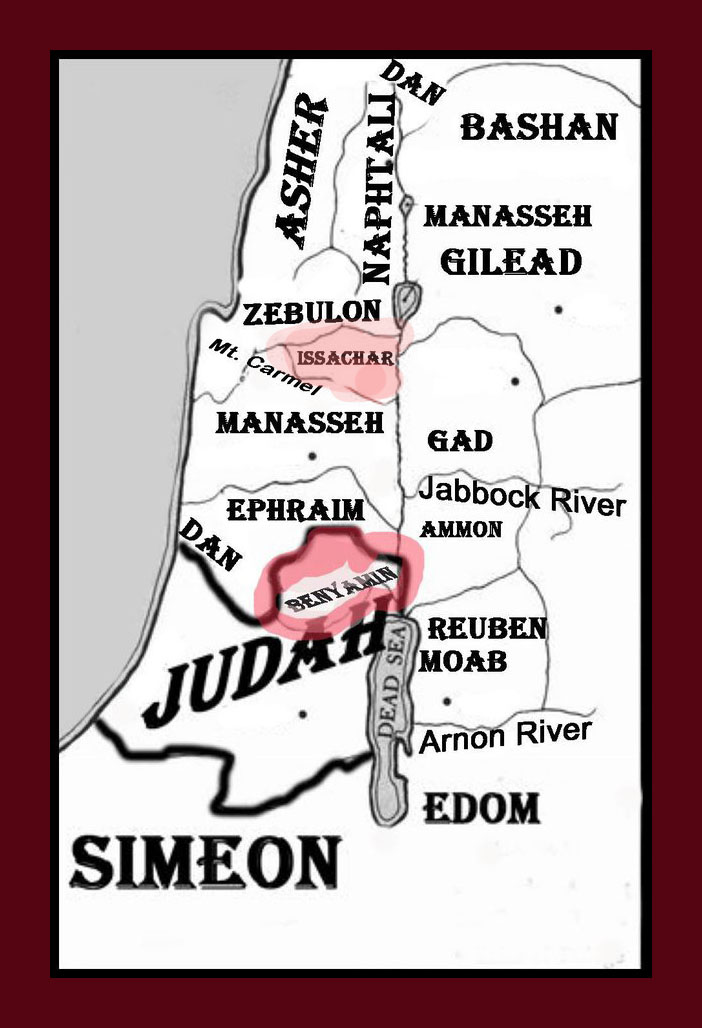 The name of the southern Finnish province of Mikeli is reminiscent of MICHAEL (1-Chronicles 7:3) one of the heads of the Clans of Issachar. Two other minor sub-clans of Issachar, Yahmay (Jachmai) and Yivsam (Jibsom) may be recalled in the Finnish Provinces of Kym and Uusima,  both south of Mikeli in Finland.

1-Chronicles (NKJV) 7:
1 The sons of Issachar were Tola,  Puah,  Jashub, and Shimron, four in all. 2 The sons of Tola were Uzzi, Rephaiah, Jeriel, Jahmai, Jibsam, and Shemuel, heads of their father's house. The sons of Tola were mighty men of valor in their generations; their number in the days of David was twenty-two thousand six hundred. 3 The son of Uzzi was Izrahiah, and the sons of Izrahiah were Michael, Obadiah, Joel, and Ishiah. All five of them were chief men. 4 And with them, by their generations, according to their fathers' houses, were thirty-six thousand troops ready for war; for they had many wives and sons. 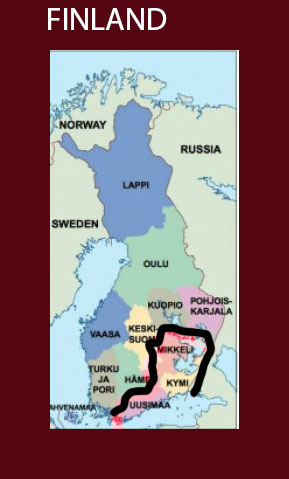 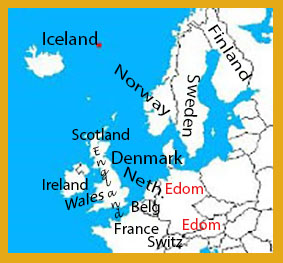 The Finnish word for Father is 'Isa.' Only in Finnish is this word found. A number of people in Finland believe they are descended from Issachar. They say that their word for father, "isa," is short for Issachar.

Abarbanel describes Issachar as preferrig to remain neutral and not to go to war but if necessary being capable of doing so.
"The Princes of Issachar were with Deborah" in the war against the northern Canaanites (Judges 5:15). In the time of David, warriors from Issachar were "valiant men of might," "chief men," and "soldiers for war" (1-Chronicles 7:2-5). Similarly, little FINLAND who also received settlers from Issachar, though LIKEWISE traditionally neutral and peaceable did defeat the Russians single-handedly on the battlefield.

Finnish Academic researchers, Pekka T. LYYRANEN and Tuula-Hannele IKONEN, 'SOME MYTHS AND FACTS OF THE ORIGIN OF THE FINNS IN COMPARISON WITH THE ISRAELITES' (2011)  bring evidence  indicating that the Finnish People descend from Israel.

Finnish folk-practices are similar to Hebrew or Jewish ones, e.g.  the Finns kept, like Jews, Saturday as  the Sabbath.

'Mammi,'  Finnish unleavened bread, is eaten at Easter which is supposed to be at Passover.

The Finnish name for God was 'Yummella' (in Finland), or 'Yuma.'

When the Ten Tribes separated from Judah indications are that instead of using the Biblical Name for God they referred to the Almighty as "YIMA."
This was done out of reverecen  for the real NAME of GOD which is was forbidden to utter.
YIMA is similar to the Finnish word "YUMA." or "Yummella" which in Hebrew would connote "Yumma" is God.

Finland has the characteristics of an Israeltie Nation. This includes empathy and care for its own citizens:

# Finland built an extensive welfare state .... With the best educational system in Europe, Finland has recently ranked as one of the world's most peaceful, competitive and livable countries. Finland has about 5.5 million inhabitants. #

Henrik Ret point out that:
The Bible describes the Tribe of Issachar as having 200 chieftains.

New King James Version
1-Chronicles 12:
32 of the sons of Issachar who had understanding of the times, to know what Israel ought to do, their chiefs were two hundred; and all their brethren were at their command;

Today the Parliament of Finland has 200 Members! 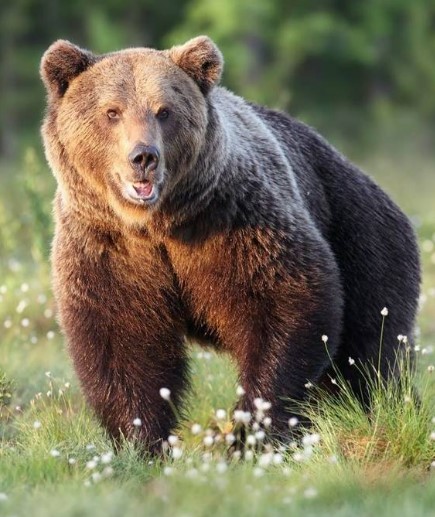 The National Animal of Finland is the Brown Bear. The Finnish are  quite attached to this animal. In Jewish Tradition of Eastern Europe the name "Dov-Ber: this is "Dov" (bear in Hebrew) and Ber (bear in Yiddish German)  was associated with the name of Issachar.
The combination "Issachar-Dov" (i.e. Issachar-Bear") was also popular.

Torah Codes confirm the Identification of Issachar with Finland.

The Name ISSACHAR (vertical. lime on brown) adjoins the word "SUOMI" (in Hebrew Letters but from left to right, white on orange) which is the Finnish name for Finland! The Name "FN" (i.e. "Fin" for Finnish. white on blue) also appears twice, one attached to issachar and once attached SUOMI.

The Torah Codes as well as helping us identify Finland with Issachar ALSO idicate that elements from Joseph (white on olive green) may be as among them as well. Finnish People who believe in the Ten Tribes usually are amenable to an identification with Issachar BUT we have met those who were certain they were from Joseph (Ephraim or Manasseh). One (Boaz Nordau) held he was from Dan. 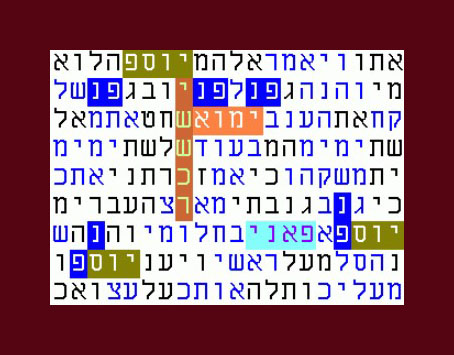 A1 Extract from "Hebrew Tribes":

Early Scandinavian historians traced the Finnish People to the Tribes of Israel and/or recognized affinities between the Finnish Language and Ancient Hebrew:

The  Finnish linguist of the holy languages, theologian Daniel Juselius traced the Finns to Ancient Israel (1712).

The Swedish scholar of medicine, botanist and ornithologist Olof Rudbeck (1630- 1702) assumed that the Finns were "referable to the remains of the Tribes of Israel."

The Swedish nobleman and historian, Olof von Dalin, believed that the ancient Finns descended ultimately from the Lost Tribes of Israel (1745).

The Finnish historian Johannis Bilmark (1728-1801) argued that the Finns are descendants from the Northern Kingdom of Israel, refugees from Assyria.

Another Finnish historian, A. G. Koranter in 1848 following research in Savo in the Eastern part of Finland argued that the Finns are descendants from ancient Israelite Tribes. His study was based on the names of places.