====
New comment on your video
Glenn Beck and the Ten Tribes in America
Sean Turner
what they meant by that is that our creator God created a beautiful planet and beautiful people with the ability to Love thus it is God that gives us liberty and
Freedom and Loves us,Â  but tyrants do not love they are busy being tyrants

====
New comment on your video
Tribal Symbols Today
deletethe elete
Thank You for including the old testament.

Â ====
tomelushua has sent you a message
Just wanted to say I really enjoy your videos. Keep up the great work. It's hard to find solid info on the internet these days. Thanks again from a left handed friend who prefers second place.

5463 views
This figure includes 1494 views for the 2 Glenn Beck clips we adopted, leaving us withÂ  4969 orÂ Â  ca. 166 views per day.
Many of these views are from people who are relatively new to the subject.

hebrewnations.com i.e. ca. 100 plus visits per day but recent figures much higher.
3,157

In addition we have two other web sites that are relatively quiescent though they too receive visits that important in themselves. We have three Facebook Pages associated with us where activity varies from time to time. There is the e-mail discussion list that after going down is now ascending and sends messages to more than 1800 email addresses..

The numbers are not overwhelming but they are not that bad either.
They have a cumulative effect.

Income is down and we are in the midst of a financial crisis. Towards the end of Last month however there were some signs of improvement.
This may be a flash in the pan or (hopefully) a turn for the better.

We have said this often and we have been criticized for saying it but we will say it again:
Whoever helps us will (we believe) be blessed in this world.
They shall also be blessed in other ways,
See:
Reward in the Next World is the Main Thing!
http://www.britam.org/Proverbs/Proverbs8.html#4

====
====
3. Outline of Joshua chapter 5. Megalithic Culture and Circumcision
Joshua ch. 5
http://britam.org/joshua/joshua.html
http://britam.org/joshua/joshua5.html
There are parallels between the receiving of the Ten Commandments and the Law at Mount Sinai and the Crossing of the Jordan: The three days interval; purification; the miraculous event; twelve megalithic monuments left as a witness; etc.
Following the Crossing, the neighboring Amorite and Canaanite peoples were overcome with fear and lost the power of resistance.
Joshua was commanded to circumcise the Israelites. For some reason this had not been done while they were in the Wilderness.
Circumcision is beneficial.
It was to be done with knives of flint. Implements made of flint were very important in ancient times and quite efficient.Â  They are often associated with the Stone Age but this is misleading.
The Israelites were encamped at Gilgal a name implying stone circles typical of megalithic culture.
They kept the Passover using grain grown in the land. The Manna ceased to fall as it had been doing until then.
From now on they would have to feed themselves from natural produce.
Joshua apparently conducted a patrol of his own on the outskirts of Jericho in preparation for the Israelite attack on it.
He encountered a heavenly figure bearing an unsheathed sword standing before him.
Joshua fell down before him. He was told to remove his shoes for the ground on which he stood was holy. 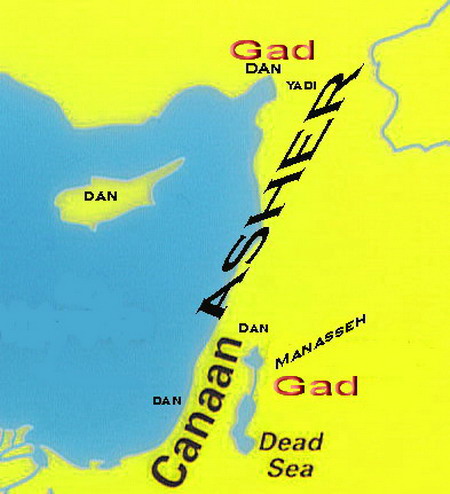