The impression in the Bible (1-Chronicles 5:26) is that the Tribes of Reuben, Gad, and the half-Tribe of Manasseh were the first to be exiled. These groups had all been situated to the east of the Jordan River. A tradition says that the half-Tribe of Manasseh, which was east of the Jordan, are destined to be the first to be redeemed. Descendants of Machir dominated in this area. Prophecies and traditions concerning Manasseh are applicable to the U.S.A. Britain, on the other hand, was to remain the province of EPHRAIM.  Even if the majority of Israelites in the USA are physically descended from Ephraim it is the attribute of Manasseh which is dominant there, Another portion of Manasseh appears to have remained in Germany and Central Europe whence  it later moved en masse to America. In effect we find all 13 Israelite Tribes in the USA. The original American nation emerged from 13 colonies. Each colony in its own way represented one of the 13 Tribes! The Mississippi parallels the Jordan River in the Biblical land of Israel! Instead of reading the Israelite Map from east to west as in Biblical Times we should read it from west to East. Those areas west of the Missisisippi may represented those tribes one East of the Jordan!
The impression so far is that Manasseh is predominant.
Ephraim may demographically be more numerous.
In addition to all this different areas enjoy a subsidiary influence from different Israelite Tribes.
The whole of the North predominantly German-descent region may be from Manasseh.
The west (including California) may be Reuben.
Texas may be Gad and Manasseh.
The Northeast (including New York) may encompass Judah, Dan, and other Tribes.
See Attached Map of Greater Israel compared to the USA.
Your Input is welcome. 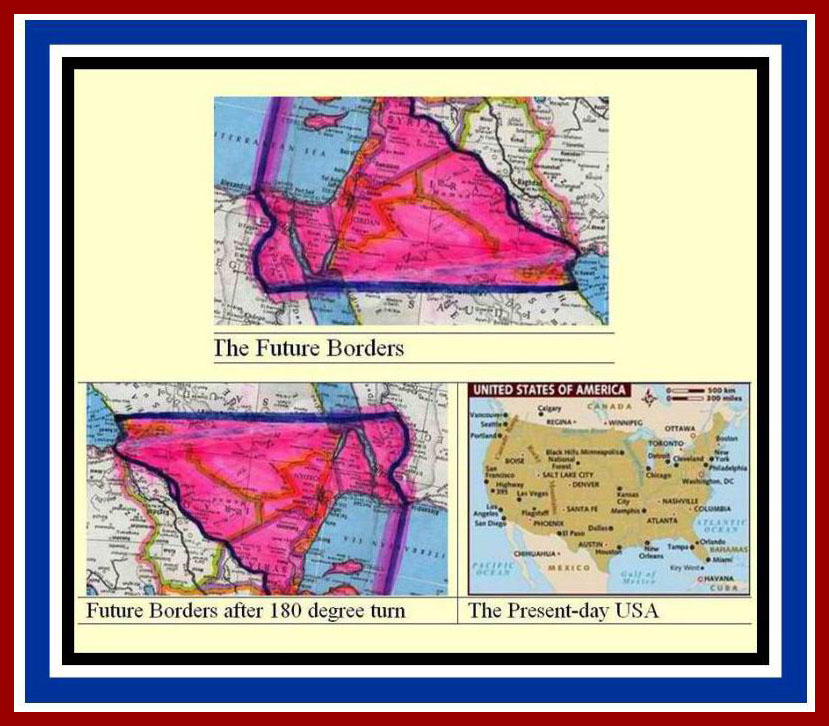 DNA Contradiction?
Is Brit-Am Consistent with Genetic Findings?
https://hebrewnations.com/articles/sources/rejection/consistant.html
DNA changes due to cosmic activity and other causes: Velikovsky has shown that when the Ten Tribes were exiled Cosnic Collisions and other drastic events were occuring. This was also approximately the Age when the present DNA patters of Western Europe became apparent. There could be a connection. Even if we did succeed in finding more facts and information in answer to this matter it probably would not be widely accepted.

We may in fact learn from the attitude of DNA apologists when faced with Historical or ethnographic contradictions to their findings. They simply say that DNA findings are miore reliable and if other other explanation do not correspond weith that then they need to be modified in order to do so!

We in turn can say: The Bible says this. Rabbinical Commentary supports it. Plausible historical and scientific explanations exist to reconcile it all. If these are not acceptable then other solutions need to be found. Meanwhile the Brit-Am Biblical solution cannot be dismissed!
^^^^^^^^^^^^^^^^^^^^^^^^^^^^^^^^^^^^^^^^
4. New Article.
Hebrews in Yemen!
https://hebrewnations.com/articles/secular/yemen.html
The Jews of Yemen were in part also from the Ten Tribes! The implications confirm Brit-Am Studies!
New Information!

Extract:
Small break-off groups from them returned to Judaism and converted. These included the Kinda Royalty and Himyarites of Yemen who in turn were related to the Scythians! They also had traditions that they came from the Ten Tribes.
They settled in Yemen among the Jews there. The traditions they had of descent from the Ten Tribes are true ones and confirm the Israelite Origins of their brothers who did not convert but kept going and ended up in Scandinavian and the British Isles.

How do you explain why Jews who are less than 1% of the world population get like 20% of Nobel Prizes?
https://www.quora.com/How-do-you-explain-why-Jews-who-are-less-than-1-of-the-world-population-get-like-20-of-Nobel-Prizes/answer/Yair-Davidiy

Malachi 3: 10 Bring all the tithes into the storehouse, That there may be food in My house, And try Me now in this,Says the LORD of Hosts, 'If I will not open for you the windows of heaven.  and pour out for you a blessing until it overflows.