Contents:
1. New Article and You Tube clips. Are you from Naphtali?
2. Eliezer: Claims that Obama is a Homo.
3. Is Ann Romney a Relative of Yair Davidiy?
4. Meredith Carpenter: Really enjoyed most comments. 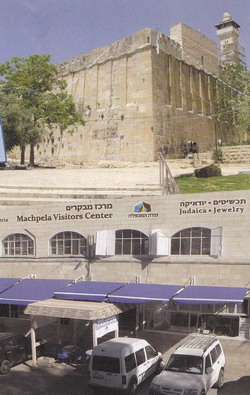 1. New Article and Three You Tube clips. Are you from Naphtali?

(1) New Article.
Are you From the Tribe of Naphtali?
Traits to Test whether you belong to an Israelite Family Group.

(b) New YouTube Clip
Are you Naphtali? (3/3). Redeem
Duration ca. 17 minutes.
http://youtu.be/X4OAr3PC9lw
Naphtali will help bring about the Union of Judah and Joseph.
See: Are you From the Tribe of Naphtali? Traits to Test whether you belong to an Israelite Family Group.

2. Eliezer: Claims that Obama is a Homo.

From: Eliezer <abrams32@telus.net>
Re Brit-Am Now no. 1924: Ten Tribes Studies.
#1. New Article and YouTube Clip
(a) Article. Homosexuals are More Dangerous than Murderers.

Subject: Some Links For You Yair

AFP PODCAST:
Sandusky Sex Victim Speaks with Victor Thorn ï¿½ Part 1
http://americanfreepress.net/?p=5642
During the interview, Sandusky is identified as a "pedophile." He is not. Rather, Sandusky, his associates & sexual beneficiaries, are "pederasts" or "boy ravishers." See "pederast" on Wikipedia at http://en.wikipedia.org/wiki/Pederasty

THE SEXUALITY RESEARCH OF
ALFRED C. KINSEY - 40 YEARS LATER
http://www.drjudithreisman.com/archives/2012/08/the_sexuality_r.html
Note: This is a must read introduction to the subject of sexual & cultural engineering as it has impacted upon the western world, education & human behavior. Everyone should know who good ol "Uncle" Kinsey was. For starters, Kinsey was an insect taxidermist who taught those who would listen, children as young as six months old were legitimate sexual "outlets" for adults. Eliezer

Tea Party author says evidence proves
Obama married a Pakistani man (VIDEO)
http://rt.com/usa/news/obama-married-man-corsi-285/
"...Barack Obama, the president of the United States of America, was previously married to a gay Pakistani man. That, at least, is according to a noted Tea Party activist and author who swears that he has a case that is simply impermeable." [Dr. Jerome Corsi] As Alice would say, this is becoming "curiouser & curiouser."

Are We Being "Groomed" to Accept Pedophilia?
http://www.henrymakow.com/jerry_sandusky_as_fabric_softe.html

http://www.amazon.com/gp/pdp/profile/A1FGFD4PI0GZ9/ref=cm_cr_dp_pdp
5 -star review by Brigitte Gager:
"My father-in-Law is now deceased. He was a member of an SS military unit. Everyone in the SS knew about Hitler's sexual proclivities. His personal SS guards would talk; especially when drinking. When Germany annexed Austria, the Gestapo (with the SS) decended on every police station in Vienna in their search for written documents pertaining to Hitler's activities as a homosexual whore while in his 20s."

For, as Cicero said, and Aristotle first of all... "those nations
who ignore history are doomed to repeat its tragedies."

3. Is Ann Romney a Relative of Yair Davidiy?

Ann Romney is Welsh and her family name is Davis. Is she any relative of Yair Davidiy?

This is interesting especially in light of the fact that his running mate is also named Paul Davis Ryan. The Davis in the name of Ryan however appears to be a private name that they probably threw in to honor somebody.
[The Ryan family name is respected in Ireland and associated with the Milesian overlord class who number about 20% of the Irish.]
My own name in Australia was Davis. One of my sons in Israel has returned to use the name Davis.
My father in Britain had the name Davis or Russell-Davis.
Russell-Davis was the name of my grandfather in Wales. His father was also named Davis but the male ancestor after that is unknown.
DNA indicates that the unknown male ancestor may have been someone from Irish Ireland just south of Ulster.
I do not know whether or not Ann Romney is related to us but she could be.

Really enjoyed most comments. It is exciting to see the tribes excited. A couple of comments were vicious. The person who is calling us uneducated... maybe he should learn to speak English so we can understand what he's talking about. I like brownlawgirls comment. God's plans cannot be thwarted. He has a plan and he is working that plan. Whatever the State of Israel decides to do about Iran ... I stand with Israel.

Planned Meeting in Hebron, Monday September 3, 2012.
A meeting of activists living in Israel involved with Ten Tribes beliefs is to be held in Hebron.
The meeting will be held at the Machpela Visitors Center just outside the Machpela (Cave of the Patriarchs) as shown in the photo above.
It will begin around 15:30.

The Maarat Ha-Machpela (Cave of the Patriarchs) is where the Patriarchs and Matriarchs are buried, i.e. Abraham, Sarah, Isaac, Rebecca, Jacob, Leah.
The basic structure of the edifice was built by the Hasmonean (Maccabee) Kings of Judah and possibly improved on by King Herod. The style of construction is similar to that seen at the Western Wall. Some of the stones used are even larger than those of the Western Wall. The Byzantines turned it into a church (the podium for a boys choir may still be seen inside). After that, the Muslims converted the building into a Mosque adding a few minarets, and changing the internal decor. After 1967 and the partial liberation by Jewish forces its use as a synagogue (as well as continuing to function as a mosque) was made possible. At all events it is well worth visiting. Many Jews regularly visit the site and say Psalms there for hours at a time. It is one of the most sacred sites of Judaism. It is also a site of inspiration and of spiritual experience.

Hebron is where David reigned for seven years before moving to Jerusalem. It is where the Ancestors of Israel are buried.
The name Hebrew may be considered as derived from the Hebrew root cHBR (cheber) connoting unity.

The discussion(s) at the Machpela Visitors Center will center around the questions of needed unity amongst Ten Tribe Groups, and the Return of the Lost Ten Tribes to Israel and the surrounding areas.
If anyone wishes to bring up other issues they may do so if time permits and they co-ordinate with us.
The meeting is being hosted by Brit-Am and others.

People who have indicated their firm intention to attend include (so far):

All of the above personages will give very short introductory talks to open matters up.
[We intend to arrive and have the meeting at all events, no matter how many participate.
Our intention is to go there, give a short talk, listen to others, drink a cup of coffee, visit the Machpela, maybe pray a little, and take the bus back. Whether or not something comes out of it all does not really matter. It could be important. Even if nothing results it should be worth while just to visit the Machpela. In case you are not aware of it, the Machpela is a major tourist attraction visited by hundreds of thousands of religious Jews, curious Gentiles, and others every year.]

Whoever else wishes to participate in the discussion will be able to do. Everyone should endeavor to stick to the subject, keep it short and allow others to speak, and not offend anyone else.

Anyone who wishes to attend may do so.
It would be appreciated if those who wish to come first contact Yair Davidiy by e-mail (britam@netvision.net.il) or by phone:

Suggested Traveling Arrangements
It is suggested that those who intend to attend and wish to take the bus from Jerusalem, meet us by the stairway on the top (3rd) floor of the Egged Central Bus Station in Jerusalem at ca. 13:40 (13:45), say hello, buy tickets, etc, and we all get on the 160 (from platform 7) bus that leaves at 14:00.
The bus will take us straight to the Machpela Visitors Center just outside the Machpela (Cave of the Patriarchs) as shown in the attached photo.
We should arrive at ca. 15:18.
We can make acquaintance, hear the talks, discuss matters, etc. Those who wish to visit the Cave of the Patriarchs may do so. It is well worth visiting and only about 300 meters away.
Buses back to Jerusalem go out every 40 to 60 minutes according to the time-table.