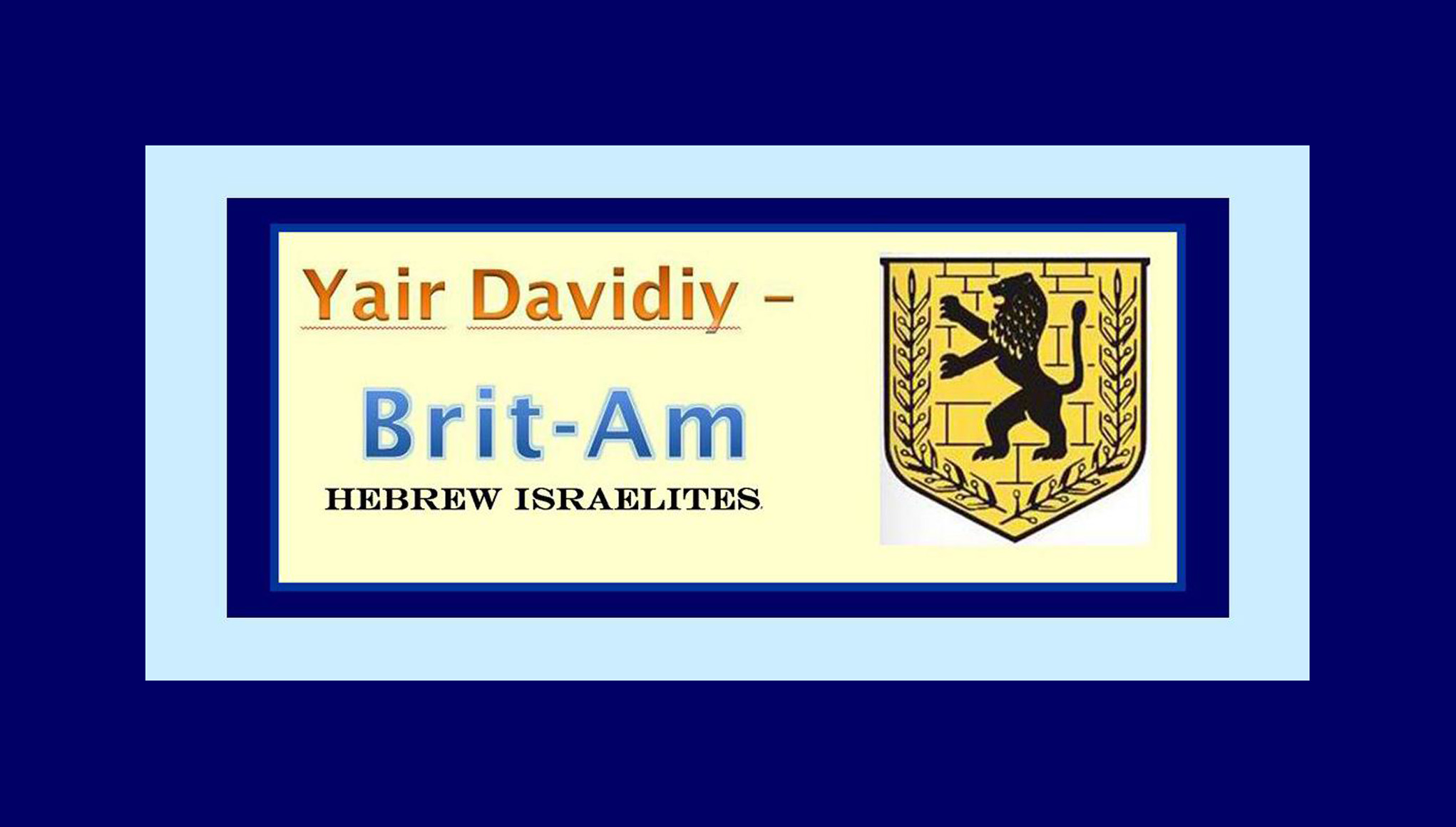 Jeff Rutt
Mostly the Communists are Essau today.Essau was Red all over and hairy. Essau married a dark Cannannite women, therefore their offspring were of darker complexion. Communist are usually darker and hairer, and carry the Red banner of the sickle and hammer. I do believe that some of the Nazis were also Edomites. But I think most of them were killed or escaped during WW2.One has to be careful when examining this. The Aryans are by no way part of Essau. First they have smooth skin like Jacob. Second Aryans have created some of the greatest Civilizations in history, like prophesied for Jacob. Aryans also do not want to remove God, but spread the word of God. I do think that being Antisemitic means you are a Edomite. Essau is a troublemaker between both houses. So the Aryans were tricked into seeing the Jews as enemies to kill their own brothers. Most of the Nazis in charge were of darker hair and even eyes. They were not necessarily Aryan at all. They were short. However they helped lead Millions to the slaughter in both Germany and Russia. This may of been a deliberate act of Essau. Most Aryans today are not antisemitic, and certainly not anti Israel. But guess who is? Many of Antifa. Communist are destroyers of nations and have never built a nation of their own. They take over nations already established by Aryans or Jews and Christians. Therefore creatively they are like a stubble,just as prophesied. They live by the sword and use other people's to kill and then come in when the victory is secure. They are satanic atheist, who try to remove God from everything. Today Antifa and most Communist are anti Israel to the hilt. This is the Democratic party in many western nations. I do not believe that Germans today are of edomite descent. A few maybe on the left side of the party. Angela Merkel is one possibly. I do think most Germans want to reconcile with the Jewish people. I see Dan, Zebulon, Issachar all in German people. Between two burdens. Germany is where the east meets the West. Also lots of Judah are present. Like here in the U.S. there are a lot more Jews in Germany than people know of. Many Germans have Jewish roots and do not know it. You got to understand that Germans and Jews are at the top of the two forces of nature. Jews are a spiritually blessed people. Germans are a physical blessed people. When these two forces coincide the world can be blessed beyond comprehension. However these two forces can smash heads. There is more than meets the eye, going on here. I think there is a destiny here between these two. Here in the U.S. we proved what the potential is, when Germans and Jews work on the side. They did in Germany in the past as well, unfortunately we only see the bad things in history. We got to help them remember who they are, so we can defeat the hard left edomites. I know this will happen. Now with the creation of the state of Israel, the right wingers in Germany have a shared commonality with Israel. Two great nations trying to protect their people. Esau is a left wing Communist for sure.

Jeff Rutt
All of his videos should have this amount of views. We need to be redeemed. It is time we connect with our Jewish brothers and sisters and do what almighty Yahweh needs us to do. It is time we Aryan peoples bury the antisemitic hatchet. Essau is getting between us and causing great harm. I believe that the Edomites were in Nazi Germany at one time. But I believe most of them died. If you pay attention, you would realize that most of the Nazi leaders were of dark hair. They were speaking for the Aryans, all the while not even being Aryan. Essau was hairy and married dark canaanite women. So there offspring would be dark and hairy. I believe most of Essau are the Communist. From Lenin to todays Antifa. They usually are darker hair, and very hairy. They are constantly destroying the nations they are in, and are atheist who want to remove God from everything. They also live by the sword, and do not create anything. They want to take possession of everything and ruin it. The Aryan peoples create great culture and industry. They have smooth skin, they try to put God into everything. Most Aryan peoples are not antisemitic. The Communist are, and today most Communist are anti Israel. I almost know I am right on this assertion. Those of us Aryans who were antisemitic in the past, were tricked into this. Anyways I believe this was a method to actually research the Jews and get closer to them. This is exactly what happened to myself. Now I love the Jewish people and the state of Israel. I look forward to working with them in the future and to try and bring the world to a more complete state.

"As Torah Jews we know that until the coming of Moshiach and the restoration of the Parah Adumah, it is forbidden for Jews to ascend the Har Habayis, and everything possible must be done to prevent the Jews from entering this area".
What is Brit-Am's opinion as to Temple Mount ascent today?
==================

Brit-Am Reply:
Brit-Am tries not to invene in such issues.
The PRIVATE OPINION of Yair Davidiy in that all Jews should keep the Jewish Religion as far as they are able.
The consensus of Halachic Opinion among Ultra-Orthodox Rabbis is the most authoritative in most matters, see Deuteronomy ch. 17.

^^^^^^^^^^^^^^^^^^^^^^^^^^^^^^^^^^^^^^^
4. New Article.
Rabbi Vale, "Ephraim to Return!" Recently Revealed Rabbinical Commentary on the Prophet Hosea Vindicates Brit-Am.
https://hebrewnations.com/articles/bible/hosea/valle.html
Contents:
1. A 250 year Rabbinical work only recently made public.
2. The Ten Tribes can easily Repent. They have "an innate purity. "
3. The Ten Tribes needed to Reform the World!
4. Judah was also Punished for Not Reforming the Ten Tribes!
5. Ephraim influences the other Tribes and the Whole World with them!
6. Who Was Rabbi Moshe David Valle?
7. The Surprising Brit-Am Connection.

14:2 Valle. # ... The impurity and debasement of the Ten Tribes was not their true nature. The Power of Repentance can elevate a Person to a greater height than he ever had before.
The Israelites have an innate purity. They therefore do not have to try very hard to return to where they should have been if they had not sinned.
The non-Israelite people are not like this.... #

Valle: # It is a known matter that Israel did not descend into the Realms of Pollution other than for the Need to Clarify his Destiny. He needed to fulfill the will of God and reform the world through redirecting its forces. When this is done they shall return to their Source. There will be no need to remain in that situation any more. This is the meaning of,  'Ephraim shall say, 'What have I to do anymore with idols?'" (Hosea 14:8). #

Posted some time ago but still pertinent.
https://hebrewnations.com/articles/help.html

Poem: Brit-Am is a Solution
=========
Brit-Am/Hebrew Nations shows,
A solution to universal woes
Give God the credit
Rise to the occasion
Gain much merit
Send a consideration.
You will be rewarded
Manifold accorded
For what you afforded
To give Brit-Am.
Sons of Abraham
Give what you can
Pay the man.
=========
Proverbs 3:
9 Honour the LORD with your substance
and with the first fruits of all your produce;
10 then your barns will be filled with plenty,
and your vats will be bursting with wine.

Malachi 3:
10 Bring all the tithes into the storehouse,
That there may be food in My house,
And try Me now in this,
Says the LORD of Hosts,
If I will not open for you the windows of heaven
And pour out for you such blessing
That there will not be room enough to receive it.
=========
Poem. Need and Reward
=========
Brit-Am/Hebrew Nations
Needs your donations
Proves your relations
To Israelite locations.

Send a fraction
of your increase.
See the reaction
For your satisfaction.
Grant a piece
of your grease.
Give some bread
Truth to spread.
God will give
You to live.
Blessing poured
As reward.
=========

Genesis 28:
20 Then Jacob made a vow, saying, 'If God will be with me, and will keep
me in this way that I go, and will give me bread to eat and clothing to
wear,
21 so that I come again to my father's house in peace, then the LORD
shall be my God,
22 and this stone, which I have set up for a pillar, shall be God's
house; and of all that you give me I will surely give one-tenth to you.'
========
Poem. The Return as Reward
========
Jacob was renamed Israel
Twelve Tribes for to  tell.
Israel left the Holy Land
On the way he swore
As self-imposed command
To give One Tenth or more
Of what profit would expand.
IN Return he would return
As from Bible do we learn
When comes the End of Days
To the place  of his race.
Let us all Mend our ways
Meet Brothers face to face.
To Brit-Am send some  coin
Help Hebrew Nations go on
Tribes of Israel need to rejoin
Each other to build upon.
We should to Brit-Am be giving
To give us all space and grace
In Jerusalem, Land of the Living.

========
========
Please Make an Offering to Brit-Am via Snail Mail or PayPal.
http://hebrewnations.com/contributions/offerings.html
http://www.britam.org/contribute-Brit-Am.html